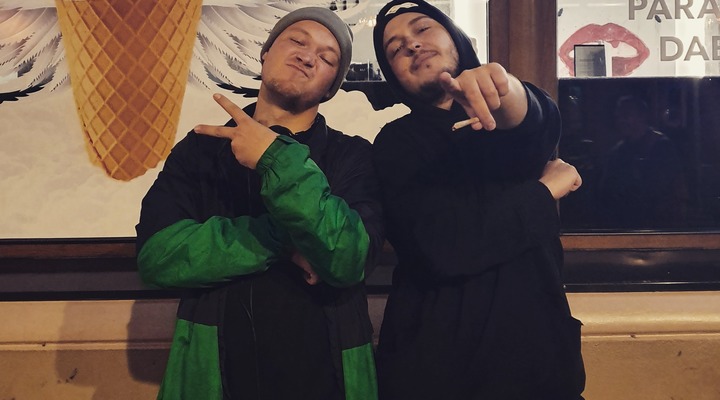 A new international project Loud Sounding Empty Pots have released a self-titled summer hit, which is their first single.

The project features several Latvians – rapper Idus Abra, keyboardist Andris Kauliņš and guitarist Elvijs Grafcovs. Rapper Rokas Jama Grajauskas represents Lithuania. Spain and Brazil are represented in the project by two musicians each: the basist Jaume Guerra Mene and the vocalist Jordi Palau, and the percussionists Rodrigo Manfrinatti and Rafael Nascimento Rocha. The Serbian Goran Milosevic plays the drums while another percussionist in the project is Miguel Hernandez Giraldi from Chile.

The idea for such a project came up last year, when the lives of musicians all over the world had almost stopped, but the same could not be said about mutual communication. One evening Goran Milosevic, a drummer of the Serbian group Nakedband Belgrade, was testing his newly bought mics and sent a drum track to the guitarist of Latvian band Very Cool People Elvijs Grafcovs who is known as the world’s friendliest Latvian. Elvijs came up with harmonies solution, played guitar parts and thought that it would be good to add some synthesizer sounds to this.

The recording was sent to the keyboardist Andris Kauliņš. The track was missing some groovie bass part so it was sent to an old friend and comrade-in-arms of Elvijs from Valencia – Jaume Guerra Meneu, who plays in the bands Obrint Pas, Orxata Sound System and Jim War Brou. Logically, the song also needed a text… The project participants thought they could tell the adventurous story of musicians during the Covid-19 pandemic.

Two powerful freestyle hip-hop artists – Idus Abra from Latvia and Rokas Jama Grajauskas from Lithuania – were addressed. Knowing each other well, they thought to play with common proverbs used in both Latvia and Lithuania. It turned out that both Baltic nations had both “Shape iron while it’s hot” and “Empty pots sounds loud and far away”, which then became the official name of this project.

Of course, there was no peace, so the idea to throw another language in the mix emerged, and Jaume Guerra Meneu recommended the Catalan singer Jordi Palau to sing the chorus of the song. It turned out that the proverbs of the Baltic nations also exist in Catalan, so he decided to use them in singing as well.

Brazilian musicians Rodrigo Manfrinatti and Rafael Nascimento Rocha, and percussionist from Chile – Miguel Hernandez Giraldi – took care of the feeling of a real Brazilian carnival in the bridge of the song. To make the result even more attractive, South American musicians also sang their vocal part in the song in Portuguese as they all three form Na-Lata Project.

The publisher of the new song is SIA Very Cool People, which is a publishing house and producer association established last year for various funk, jazz and soul music projects. This entry was made with the support of the LaIPA Creative Scholarship.