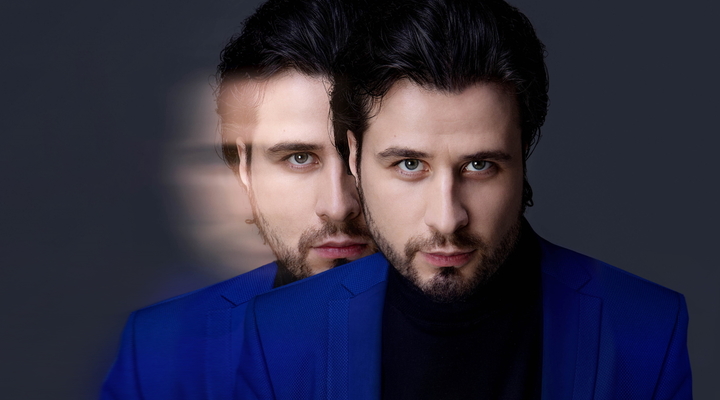 American record label Prima Classic has released Andrejs Osokins’ new album “Two Worlds”, dedicated to two outstanding composers – George Gershwin and Claude Debussy. It depicts both composers as creators of a new style piano music and the beginning of the 20th century as a time of pursuit and experimentation in music.

Andrejs Osokins’ new album is a glance at a unique moment in the 20th century’s musical scene, on both sides of the Atlantic, through a personal selection of piano pieces by George Gershwin and Claude Debussy.

“I was very thrilled when the founders of “Prima Classic” – our great opera singer Marina Rebeka and the wonderful sound director Edgardo Vertanessian – reached out to me to record a solo album. This idea, despite the limitations of the pandemic, was realized with tremendous inspiration and energy, and I am extremely glad that it is appreciated by listeners all over the world,” reveals Andrejs Osokins.

Even before the album was released several tracks from it had been noticed and appreciated around the world. Three singles that were released – George Gershwin’s “Rhapsody in Blue” and Claude Debussy’s “Clair de lune” and “Golliwog’s Cakewalk” from the suite “Children’s Corner” – were included in prominent classical music playlist on Spotify. This playlist highlights outstanding classical recordings from around the world. Several tracks have also garnered praise from music experts from Apple Music and Amazon Music.

he layout of all 24 tracks on the album was purposefully and conceptually curated. The album demonstrates the search for musical means of expression by both composers while vividly revealing the mood that prevailed in Europe and the US in the early 20th century.

The video for George Gershwin’s piece “The Man I Love”, which Andrejs Osokins performs in his transcription for the left hand..

The layout of all 24 tracks on the album was purposefully and conceptually curated. The album demonstrates the search for musical means of expression by both composers while vividly revealing the mood that prevailed in Europe and the US in the early 20th century.

The record is directed and produced by Edgardo Vertanessian who over the years has collaborated with countless world-renowned classical and non-classical musicians and bands, including Marina Rebeka, Luciano Pavarotti, Anders Miolin, Taylor Swift, The Who, Rihanna, Jay Z, Kayne West and many more.

Edgardo Vertanessian says about the creation of the album: “At Prima, we knew Andrejs for a long time and we have been following his career, he is such an amazing pianist! We wanted to show his art to our audience through a studio recording, and we discussed the project with him, and this great album came out as the result. We dedicated a good number of long recording sessions so he could experiment with different interpretations and then he took the time to listen and to decide which were the versions that he liked the most. This is a luxury these days when usually artists go to the studio and record a lot of music in a relatively short time, and this is also something that cannot be achieved on a live recording because an artist can only play a piece once! We are very happy we did it this way.”

The recording was made in Latvian Radio Studio 1. The album is published by “Prima Classic” label whose founders are Marina Rebeka and Edgardo Vertanessian.