Austrian musician BAIBA surprises with a new song “Come Around” 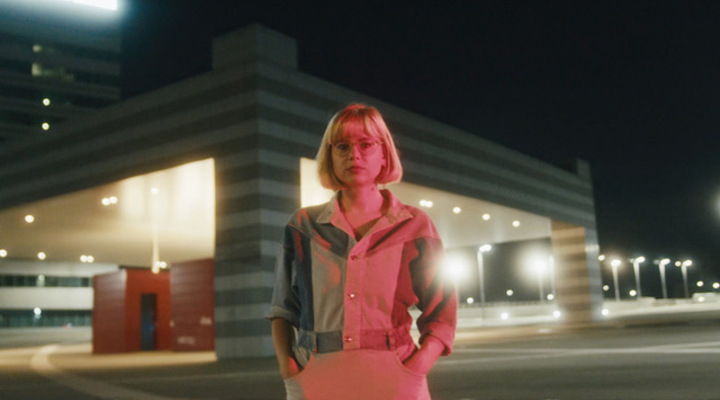 BAIBA’s latest single has been made in collaboration with Italian electro / groove music producer Bruno Belissimo. The song “Come Around” is the musician’s first single after the album “Lighter” released in May.

BAIBA (real name – Baiba Dēķena), who lives in Innsbruck, Austria, has released this song thanks to winning the second place in “Upload Sounds” – the Italian competition for young musicians’. The victory gave her the opportunity to collaborate with Bruno Belissimo, a Canadian/Italian electronic music producer.

The collaboration also includes a music video for the single that was filmed in the Italian city of Milan.

The song “Come Around” is a story about various emotions that we experience after a relationship. Both the relief we sometimes get when a difficult relationship is over and the frustration when we realize that we may be adapting too much to the relationship and, for fear of not being loved, have ultimately lost what we really are.

“This is not a sad song. If after the relationship ends the anger is chanelled properly after the end of the relationship, it can give us the ability to accept ourselves for who we really are, ”says BAIBA, “I want this song to empower people, to give this feeling that we all are different and, maybe, sometimes weird and crazy but it’s all OK!”

Currently, BAIBA continues to write new songs, as well as performs regularly in Austria and Italy. The young artist also teaches music production classes. This autumn, the artist had planned to perform in Latvia as well, but these concerts have been canceled for the time being due to the restrictions of the COVID-19 pandemic.

Check out the new song on Spotify

BAIBA is a Latvian musician who currently lives in Innsbruck, Austria. She grew up in a farming family in Tukums region, Pūre parish. At the age of seven, she began attending Kandava Music School, where she studied piano. Later, BAIBA moved to Liepāja, where he studied cultural management and also obtained a master’s degree in writing. During this time, she began to write her own songs and perform at various events.

At the end of 2020, BAIBA won 2nd place in the Italian music competition “Upload Sounds” and got the opportunity to work with renowned representatives of the Italian music industry – producer Bruno Belissimo (previously worked with Italian groups such as “Calcutta” and “Frah Quintale”) and video graphics and video director Claudio Zagarini from Universal Music.