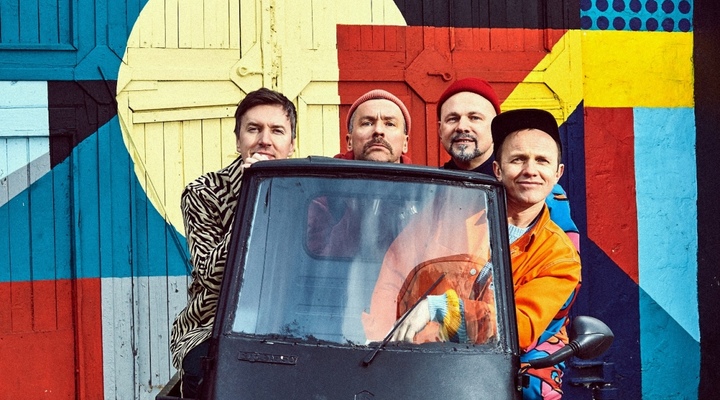 “Never thought we’d compose a track for Japanese animation? Neither did we J watch the new video and try to identify each of us in it”

Today, April 21st, Brainstorm releases their new music video “Feels”. This unique video is made by animation studio “HonkFu”. Animators across the world were working for eight months to create the video in the Japanese manga format. In addition to the main characters in the story, members of Brainstorm are brought to life as superheroes.

The idea for the song came from Swedish musician and producer Magnus Nilsson with whom the band has worked with for several years. This is a very contemporary song, particularly the chorus that gives a sense of total freedom and freefall – a soaring new musical experiment by the band.

“The idea came from my daily life. One day, between my daughter’s Lea toys, I saw a doll who was sitting in the wheelchair. My first impression was: “My God, who she is playing with!?”, but immediately I realized how narrow-minded and stereotypical was my thinking. I truly was ashamed. The main character in the video is a girl in a wheelchair who is scared from life and other people. She is scared, just because she is different. I want to inspire people to leave aside judgments and accept the world as it is, with each one of us in it.”

The music video for “Feels” was premiered worldwide during a special online presentation on brainstormfeels.com platform April 21st 16.oo (GMT +3). During the premiere, the audience had a chance to ask their questions to the Brainstorm members who joined live from a studio in Riga.

The website brainstormfeels.com will continue to live on after the premiere and everyone will have a chance to take a quiz related to the music video, win exclusive prizes, find out which countries have the most Brainstorm listeners, purchase new merchandise and most importantly buy discounted tickets for the new album cinematic experience this fall.