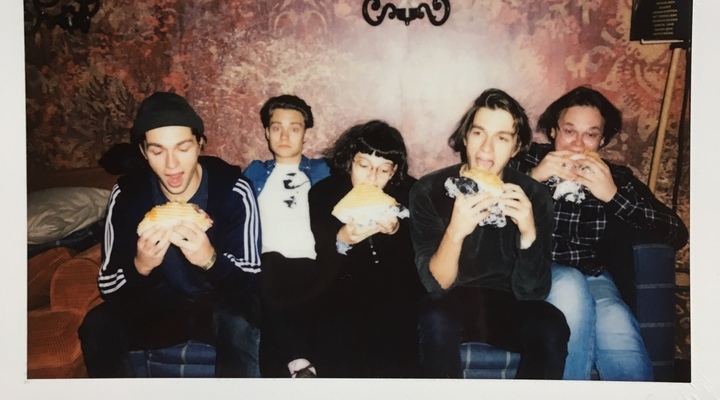 The band “Carnival Youth”, as a part of their new album “Good Luck” tour, have already played 19 concerts in 7 European countries (Germany, Switzerland, Lithuania, Poland, Hungary, Czech Republic and Slovakia). The Latvian tour will begin in Aizkraukle on the 15th November and will continue in Livani on the 16th November, Valmiera – 17th November, Madona – 20th November, Riga at “Hanzas Perons” on the 23rd November and will finish in Liepaja on the 30th November. Information and tickets.

Edgars Kaupers: “”Good Luck” European tour consisted of two parts – the first two weeks we played gigs in Central Europe, enjoying the Tatra Mountains and eating goulash in our spare time. Then we took a bit of time off at home and continued the tour in Western Europe. Before our gig in Munich, a careless driver broke the side mirror of our parked tour van and we thought that that would delay the rest of the tour. Thankfully, the diligent German technicians fixed the mirror the next morning and we were able to continue the tour. It’s a great pleasure to visit all these different places and play our new album live. It has a completely fresh breath and it brings us and the listeners forward on a new wave of energy!”

At the six gigs in Germany, “Carnival Youth” were joined by the 17-year-old singer from Luxembourg C’est Karma as a special guest. The band was captivated by her voice and performance, so they have invited her to play at the main concert of the Latvian tour – “Hanzas Perons” in Riga. Roberts Vanags: “C’est Karma is not only the stage name of this adorable performer, but also her real name. Karma is a very special person – a very nice, bright, original and truly talented young musician. We are delighted to give the opportunity to the audience in Riga to hear her velvety vocals that will touch everyone’s heart.”

Today, on the 30th October, “Carnival Youth” will play their first show in Aarhus, Denmark. After this, the band will travel to Shanghai, China where they will perform at the opening of the Latvian booth at the export and import exhibition “CIIE”. On the 7th November, the band will play a show at “Yuyintang” in Shanghai. This year the “Good Luck” tour will also stop in London, the UK on the 25th November and Tallinn, Estonia on the 6th December.