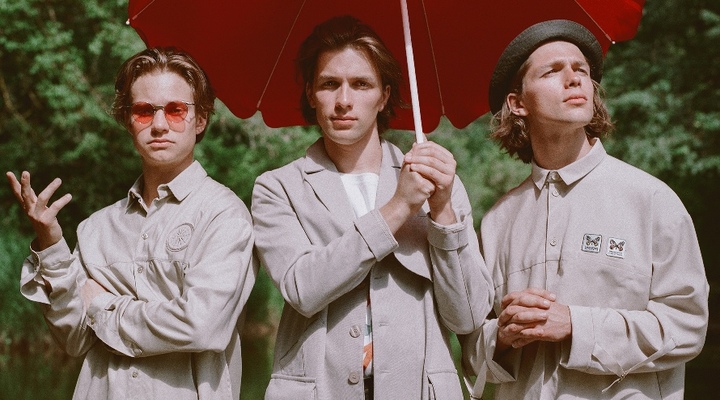 Carnival Youth release their new album “Good Luck” on the 16th of August. It is available on digital streaming platforms as well as in CD and double vinyl. Limited Edition LP is also available.

As the band describe, the ideas for the new album have been collected over a couple of years of touring and experiencing contrasts within the world and people, at the same time, understanding that we are all united by the same things: “The same lust for human compassion, openness, as well as lust for love and freedom. Whilst writing the material for our new album, we tried to be very open and intimate within our environment, letting freedom flow through various musical experiments.”

Songs were mainly created during creative camps, which are almost always held somewhere close to the Latvian nature, however, the album was recorded in Red Bull Studios in São Paulo, Brazil with producer Gatis Zakis. As Carnival Youth describe: “While we were recording the album, we let the Brazilian air affect our music and writing methods. We gave way to more expressive and passionate rhythms, using local percussions, which in result creates a great balance with a couple of more melancholic compositions.”

The album name “Good Luck” came up during the recording process: “Thus far, the names of our albums have always been thought through and made up after it has been recorded. But this time it was more spontaneous. During one of the days of recording in São Paulo studio, our producer Gatis, whilst sitting behind the sound mixer, after one our recording tries, announced to the three of us via microphone “Ok, let’s try that again” and very ironically added “Good luck…”. At that moment something clicked, and we said “Hey, that sounds like a great name for an album”. This phrase can be taken both as a genuine wish for good fortune or figuratively, as it’s often used with an ironic smirk, when someone is trying to accomplish something challenging or something that at the moment can seem impossible. In those instances, what can we say? Well…Good Luck…”

The album was mixed by Grammy winning producer Nicolas Verhnes, and the master was done by Greg Calbi at “Sterling Sound” in New York.