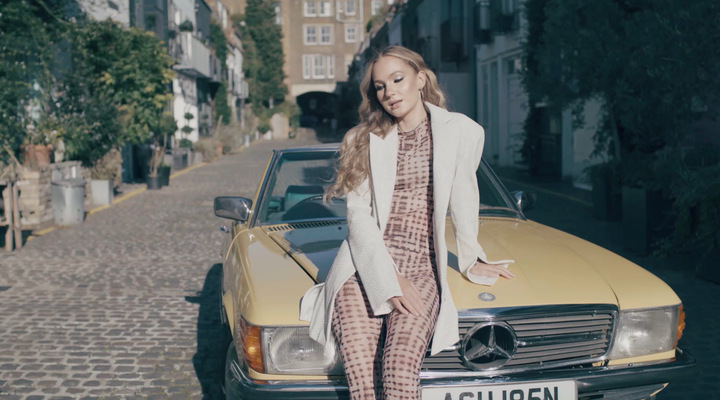 Her latest single and music video for “London Eyes”, is out now, released on 23rd October 2020. Listen to it now on all streaming platforms and watch the video on YouTube.

Singer-songwriter ELIZZA, is saying her goodbyes to the summer of 2020 with her new single “London Eyes”. Co-written by Mars Today, an LA-based producer with whom ELIZZA met and collaborated with in 2019. No boundaries, no rules, no frames, unpredictable – is how she describes her music and the new single.

To many, it might sound like a romantic story based on ELIZZA’s personal experiences, such as her previous releases – “Habit”, “Want to Keep” and “Can’t Quit”, but this time “London Eyes” is a love letter to all the memories, the experiences she has had in this city, the place that she calls home – London!

“The story is about my love and “sometimes” hate relationship with London. Since I moved here, I have been falling deeply in love with it but also find myself struggling to accept all that is London. “London Eyes” talks about how I feel the city is “keeping eyes” on me and not letting me go.

In one way, I like this constant pull, but I also realize that there are so many times I find it tough. It can be expensive but also presents opportunities, it’s been a lot of years of working very hard to enjoy the best of this city. And then London has all the temptations you can imagine and more, you get addicted. It’s fast-paced, so “luxurious” but so “hood” at the same time. At the end of the day, it’s home and I love it,” says ELIZZA.

The singer’s versatility has already been shown in previous releases but “London Eyes” is introducing a new, unheard-of twist on pop music that ELIZZA is delivering with her new single.

Her process of songwriting is usually “spontaneous” but it goes deep and holds a meaning – both in lyrics that are more poetry and in melodies that ELIZZA chooses to vocalize.

Speaking about the creative process of writing “London Eyes” she says: It was my second trip to Los Angeles and I had a session arranged with Mars Today. I definitely didn’t think I will walk outside the studio that day, with a song like this. Mars Today wanted to challenge me and I took it on, and when we were talking about our musical influences and what’s happening in my life at that time, somehow the conversation was getting deeper about London as I was sharing with him more about me and who I am.
All this conversation and jamming, led us to writing this song in which London represents a “person” and how my personal experiences, my relationships, my ups and downs over the past 10 years in this city and with this city, have shaped my life.

ELIZZA’s first love and medium is music and we can clearly see her dedication and authenticity with every single she is releasing, breaking boundaries and growing her international fanbase. There is a new-found self-assuredness we are hearing and how it’s propelling ELIZZA to pull on big dreams in her career.