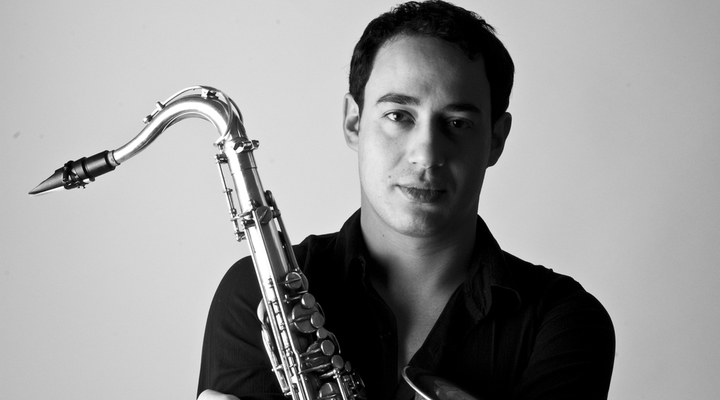 We should stick to the traditions we like a lot. The organizers of the UNESCO-acknowledged International Jazz Day absolutely agree to this statement and keep on organizing the celebration for the sixth year in a row to make it happen in Latvia as well. In spite of the fact that the Jazz day itself happens on April 30th, in Latvia it will be celebrated from April 29th to May 2nd with a pre-party on April 18th.

According to what has already become a tradition, the first concert will be held in collaboration with A/S “Pasažieru vilciens” in a train. This time the selected train will go from Riga to Jelgava at 15:17 and from Jelgava to Riga at 16:29. You don’t need to buy the tickets for the concert, the concert is included in the ride with an ordinary train ticket. The trip will be made way more exciting by Evilena Protektore on vocals, Svens Vilsons on guitar and Artūrs Sebris on drums, playing, singing and telling the stories about jaz, hopefully joined by some other musicians as well.

Jazz Day in Latvia will for the first time be opened by a thematic photo exhibition of Arthur Dimenshtein “Jazz Faces” on April 29th at 20:00 in a musical bar-restaurant “Trompete” on Peldu street in the Old Riga. The same evening will feature a jam session with Edgars Rugājs trio. Dimenshtein has been doing photography for the last 20 years, and during the last 7 has captured Latvian jazz musicians as well. The artist is using a black and white film, which is yet better corresponding to the jazz world aesthetics. The exhibition will be open until the end of June.

The Jazz day always focuses on education, so on April 30th at 18:00 we’ll be invited to a concert at the Latvian Academy of Music — united big band of the aforementioned Academy and a Riga Dome Cathedral School with an Italian guitar player Francesco Guaiana soloing. The united big band features the best students of jazz departments of both educational institutions, and it’s lead by a saxophonist, flutist and composer Dāvis Jurka. Francesco Guaiana is an internationally acknowledged Italian guitar player, who has lived in the US for many years, actively playing and teaching at a prestigious Berklee college in Boston, but has returned to his homeland Italy and became one of the most sought-after guitar teachers in the country. The tickets cost 5 euros, and they can be bought by the entrance.

On April 30th at 19:00 “VEF JAZZ CLUB” series invites for the main concert of the Jazz day at the VEF Culture palace. One of the most bright Latvian bands “Jazzatomy” will be performing there together with a Danish-American charismatic double-bassist and vocalist Kristin Korb. She has surprised the jazz world with her non-typical nowadays romantic, light and danceable style of playing, as well as a crystal-clear voice. “Jazzatomy” is a modern Latvian jazz band, which sometimes performs in a full huge line-up, and that’s always based on its founders and composers Artjooms Sarvi (pianist) and Evilena Protektore (singer). In this concert the classical jazz combo line-up will be joined by a string quartet, turntable musician or DJ, as well as a hip-hop musician who masters Chilean ethnic instrument. Last year “Jazzatomy” released a CD “Colors of Summer”, which was nominated for the Latvian National Music Record award “Golden Microphone” as the best jazz, blues or soul album of 2018. The tickets to this concert are available at “Biļešu paradīze” ticket offices or bilesuparadize.lv.

One more concert on April 30, this time with a free entry, will be held in the Vecauces palace. A patriotically-harmonic performance of the program “Tautasdziesma” will start at 19:00 and played by the National Armed Forces orchestra big band. The new concert program was made by one of the leading Lithuanian jazz arrangers Rimantas Giedraitis, and it consists of Latvian folk songs.

On May 1st in the Kanepes Culture centre on Skolas street 15 in Riga a free workshop of a jazz double-bassist and vocalist Kristin Korb will take place, and at 20:00 it will be continued by a free jam session with a saxophonist Artūrs Sebris, pianist Artjoms Sarvi, drummer Krišjānis Bremšs and other musicians. Kristin is an active, traveling the world jazz artist and teacher, who was earlier on coordinating the vocal jazz education at the South California University, and has been a director of the jazz department in the Central Washington University. Now she resides in Copenhagen, Denmark.

And finally on May 2nd, at 19:00, at “Kinfield cafe” on Kr.Barona street 66/68 a jazz trio concert will be held, featuring a French-Tunisian saxophonist Yacine Boulares, Latvian pianist Krists Saržants and American double-bassist Rob Duguay. Boulares currently lives in New York and is an official endorser of brass instrument creator “D’Addario” and “Lebayle” mouthpieces. He isn’t limiting himself to jazz music only — for example, he has participated in the album recording of Placido Domingo!

Krists Saržants is a bright modern composer, inspired by jazz, as well as classical and cinema music. He has performed outside Latvia a lot, studied at the Latvian academy of Music and Aalborg, Denmark, last year was nominated for the Nic Gotham award for his contribution to Latvian jazz music. Born in Canada and grown up in USA, Rob Duguay now lives in New York, gives private lessons to young bassists and regularly performs together with musicians from all over the world, including Latvian artists as well. Table reservation by calling 24776096, 10 EUR for two persons; the entrance is free.

International Jazz Day became a UNESCO-acknowledged culture event in 2011. Its goal is to emphasise the importance of jazz genre and its diplomatic role of uniting people in all corners of the world. Jazz day events in Latvia are organized by “Wise Music Society”, an association that helps audience to discover new music, promising that it’s WISE or really good, and helps musicians to find some use to what they’re doing and to attract a wider audience to their art.