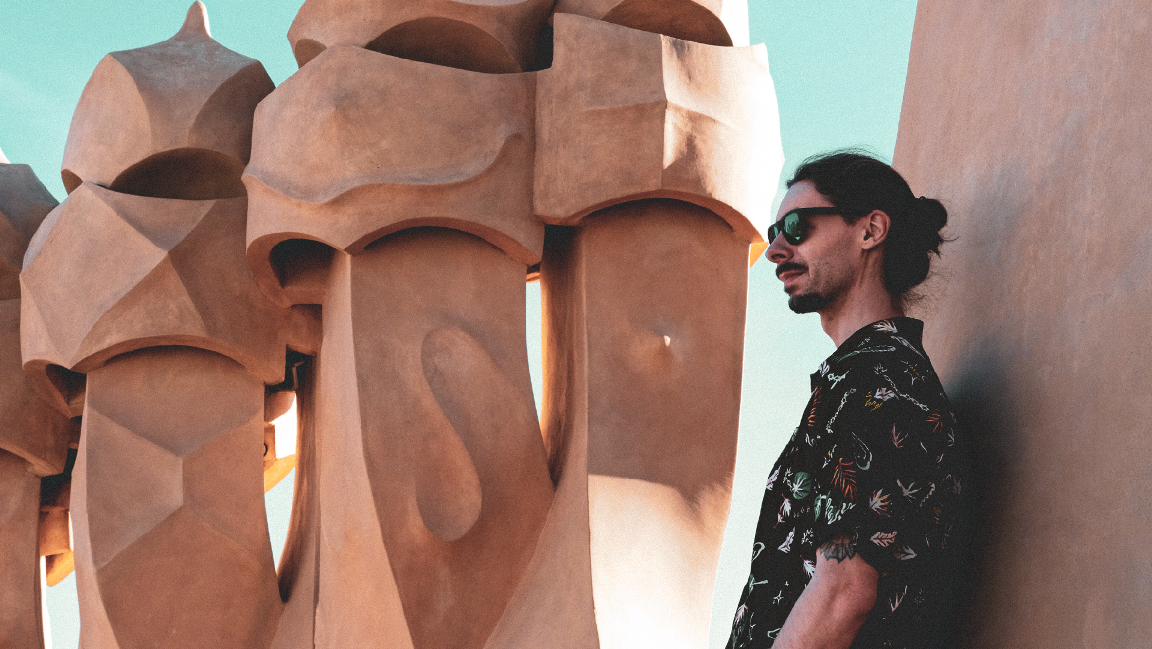 On Tuesday, April 26, June River invite their listeners to take a walk in the streets of colorful Barcelona in his new song & video ‘Tavu Ēnu Meklējot’

The song ‘Tavu Ēnu Meklējot’ (Searching for Your Shadow) was written

in February of 2022, walking through the colorful streets of Barcelona and searching for nostalgic memories of study time. Many years ago, when we were Erasmus students, we walked through strange places, drank cheap sangria, and spent time with local young people. When I return here today, it seems that a lot has changed in the city, in people, and in my mind as well, but the feeling of aura and freedom is still the same, says the musician.

At the beginning of the year, the world seemed to begin to return to its usual rhythm – travel restrictions were lifted, concerts resumed, and people began to gather in cafes, but everything has changed after the morning of February 24 when Russia invaded Ukrainian territory and began committing its heinous war crimes.

It was hard to read the headlines and I couldn’t fall asleep that night so I decided not to release the song at all or postpone it – at that point, the music seemed so insignificant compared to the war. But It’s not possible to live in such a state of mind for a long time and absorb negative emotions, so everyone has their own way to divert or turn them into something productive – it’s music for me. That’s why I still do it I will never stop making music, says indie folk musician June River.

The song was recorded, mixed, and produced in the musician’s personal studio, mastered by one and only Kārlis Šteinmanis (KS Records – Unity Audio). The song is in indie-folk style, supplemented with an experimental synthesizer and ambient sounds. The video of the song was made in Barcelona, ​​where the city can be seen in all its glory.

June River, also known as Jānis Andžāns is a guitarist of rock bands “Wild” and “Crow Mother”. He participated in the pre-Eurovision contest LTV “Supernova” in 2016 and has performed in European cities such as the United Kingdom, Sweden, etc.

In the last summer, the musician traveled to Greece in a self-made van and dedicated the song to the trip – “The Land of Burning Sand”, as well as participated in the recording of Katrīna Gupalo’s song “Resistance” dedicated to supporting Ukraine. At the end of last year, June River released their debut album “Sand in my Sleeping Bag” and released a video for “The Lighthouse.” June River is currently working on his second studio album and the next single will be released in the beginning of summer.