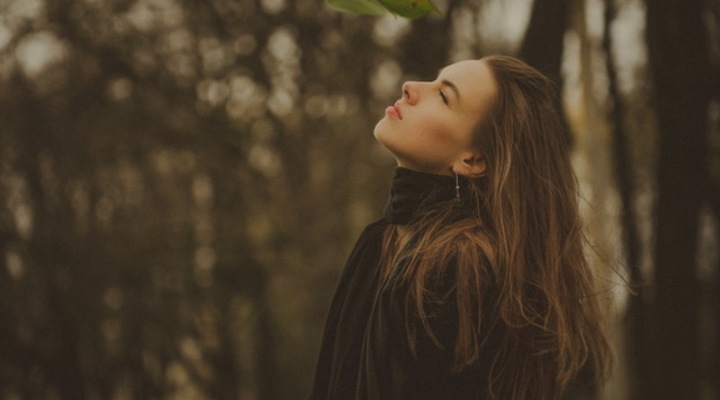 Singer and pianist Katrina Gupalo has just released a new album of music by Latvia’s legendary composer Imants Kalnins “7 skumjas zvaigznes” (7 Sad Stars). It offers 15 popular songs, including three songs featuring English-language lyrics by Ojars Eriks Kalnins. Along with the album, Gupalo is also releasing a new video filmed in the United States based on the single “Take It or Leave It”.

“This album is very unique because it’s a concentration of energy and love that expresses itself through its musical and visual presentation. Presently all live concerts are cancelled for the time being and in order to produce this album, I sold my childhood home in Dikli, Latvia. And I don’t regret it for a moment because I am convinced this music will bring joy, inspiration, and love during this difficult pandemic period,” Katrina Gupalo revealed. “We created the album together with people who are very close and loved by me. For example, the cover illustration was done by my mother Vera Pauksa. The music video was created by my best friend, choreographer Gabija Birina, despite the fact that we live on different continents. Ojars Eriks Kalnins adds a totally new dimension to the album since he not only introduced me to Imants Kalnins’ songs in English, but managed to produce a new lyric for one song with great inspiration and lightning speed (“Butterfly’s Satiny Scent”). I am so grateful to everyone on my very talented team who helped bring this little wonder to life in such a short time!”

The album features a new single and music video based on the song “Take It or Leave It”, which was written 15 years ago but now appears in a totally new musical arrangement. The music video was filmed in Naples Roller Hockey, Veterans Community Park, Florida, USA. It is the joint effort of choreographer and dancer Gabija Birina and dancer Daniel White and tells a tale of unsettled human nature and the complex choices we must make in our lives. In their expressive performance, the dancers reveal a story about love and intimate relations, which are woven through by tenderness, hatred, pain and hope. The video was created by artists Akorede Amole (USA) and Vadim Glushkov (Latvia.)

“It’s been extremely gratifying to work with such a gifted artist as Katrina. She has breathed new life into Imants Kalnins’ legendary songs. She not only speaks to a new generation of fans, but is bringing Imants’ music to a broader international audience. “Take It or Leave It” is song about life choices we all face in a time of change. We may look to others for help, but ultimately we must each decide for ourselves,” said lyricist Ojars Eriks Kalnins.

Katrina Gupalo’s album “7 skumjas zvaigznes” was recorded live, with voice and piano as they would be heard in concert, without any post-production technical corrections.

The album includes both popular and lesser known – or even forgotten – Imants Kalnins’ compositions. For example, “Let’s Sing of the Rivers” is here with its original English lyrics, although most Latvians will recognize it from its popular Latvian-language translation “Ar straumēm uz jūru”.

Katrina Gupalo performs all the compositions with her own voice and piano arrangements, but with great respect for the composers’ original versions. The album was recorded with Super HD quality and was produced by Aleksandr Volk using his unique “Wolk Recording Technologies” microphones, which are sensitive enough to pick up the most subtle electro-magnetic vibrations. The recordings were made on a Yamaha C6 concert piano at the Music and drama space “OratoriO” and piano salon @152 in Riga. The album design was rendered by Anastasija Prola and Ilya Kolesnik, printed by “Skaistāk” and includes photos by Aleksandra Volk.

The album’s exclusive gold CD is available in limited numbers by ordering from Katrina Gupalo’s homepage www.katrinagupalo.com. The album can also be heard on all music streaming platforms, including Spotify.