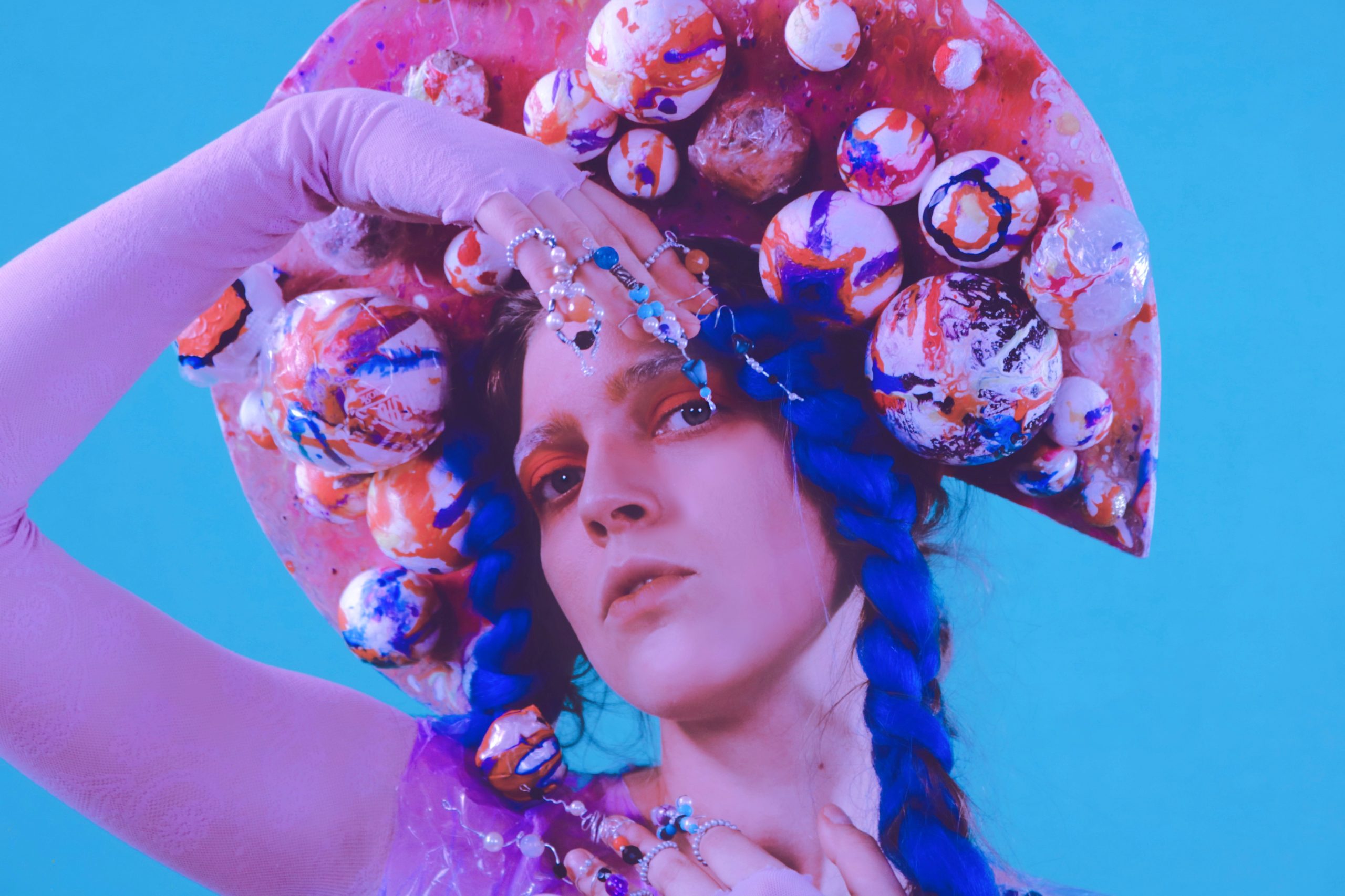 From layered flute solos and synthesizers, to baritone sax romps and biorhythms, the album offers immersion in a richly-imaginative parallel reality. It’s perhaps the emphasis on musical arrangement, and the ability to transfix the listener, through not knowing where the music is going to go next, that sets Elizabete Balčus apart.

The artist’s ear is one of Latvia’s great treasures. After spending years training in classical and jazz music, she turned away from a traditional approach, instead assembling a self-styled future, where performing live with fruits and vegetables as a synthesizer and wearing surreal DIY costumes, with nods to the avant-garde, would become the norm.

Despite being predominantly a one-woman powerhouse – producing everything herself  – the few moments of collaboration on her second album do stand out. “Narcissism Purgatory” features an inspired percussive contribution from English comedian James Acaster. While, Simonas Šipavičius from Sheep Got Waxed plays sax on “Get Naked” and “Asparagus or Brussel Sprouts?” – resulting in one of the Baltic States’ most potent coming together of woodwind instrumentalists in an age.

Yet to focus solely on virtuosity and innovation musically would be a disservice. As alluded to in the introduction, she is a psychedelic artist and Hotel Universe is crafted in a way that offers access to her worldview – one which posits collective consciousness over the idea of the individu.

The microcosm/macrocosm analogy – where the human body is thought to contain all the entities and elements of the universe – is hugely influential to her.

Perhaps the most overt reference to this idea comes through the aforementioned biorhythms. Elizabete reached for a stethoscope and recorded her heart as part of the percussion as a way to laden in the cosmos. And, in turn, offering a portal to something deeper than we usually come across going about our day.