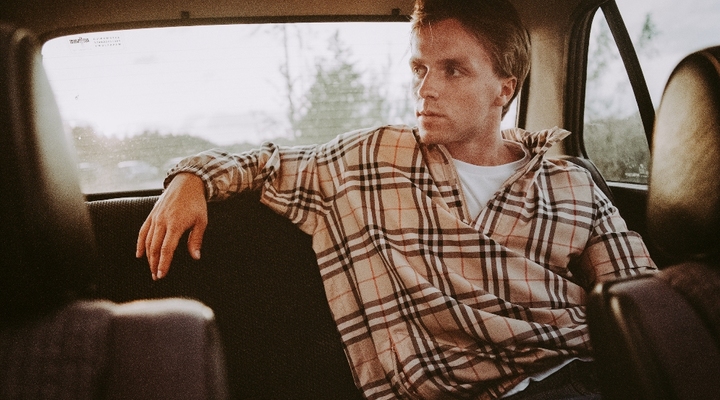 25-year-old Latvian artist Chris Noah, who gracefully combines indie-rock with catchy pop, released a new EP “Distance”. His silky timbre, gripping melodies and relatable lyrics have made him highly popular in his homeland, but now he is ready to conquer the world.

Chris has been surrounded by music from an early age – his father is a musician and mother a singing tutor. One could say his future was set in stone before he could even walk. But when Noah was younger he didn’t care much for music, and focused more on sports. At the age of 17 he re-discovered the guitar.

By the time he was 20, Chris and his brother had recorded his first single “Had It All”, which became an instant hit on the Latvian radios. A year later, his second single “You” won an award from Latvian Authors Society for one of the most played tracks of 2016.

Today, Chris Noah released his new EP “Distance”. It contains four tracks, produced in collaboration with London-based producer Kristofer Harris. According to Chris this album is special: “For the first time, not all the songs are about my own life, I have observed more – my friends and other people surrounding me”, he explains.

“When we had the basic production done for the tracks, Kristofer flew to Riga and we started to record and finalize the songs. I was writing lyrics as we were producing the tracks, and it was the most challenging thing I’ve done in my career so far. We recorded four tracks in 11 days, and I am also really glad that all my bandmates have played on this EP,” Noah adds.

The first single off the new EP, “The Line”, was released on January 17th and got an  impressive radio airplay in Latvia. The song was written together with Noah’s keyboardist Marcis Jukumsons-Jukumnieks, whose partnership Chris greatly appreciates: “Marcis has a completely different approach to creating harmonies than I do. It’s a very creative process when his harmonies meet mine.”