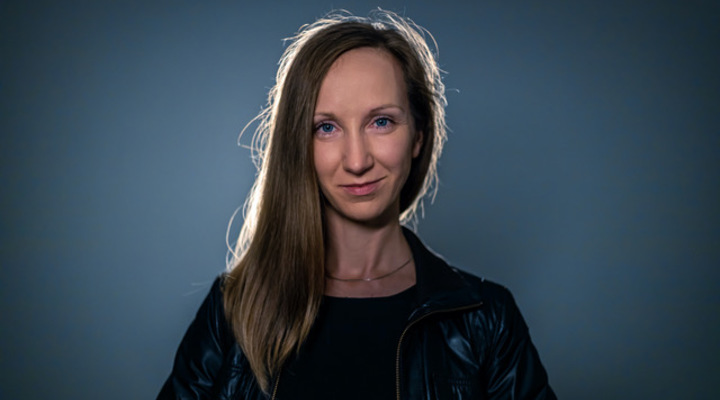 Latvian composer Aija Alsiņa who has been working in film music for several years now, is releasing a new single titled “Abyss”. The composition, along with a video made by the French director Paul Lavau, is published on November 6th, and is available on all major music streaming platforms.

Aija Alsiņa’s debut album ”Domum”, released in 2017, was critically acclaimed by both Latvian and foreign reviews. Her delicate piano compositions are emotionally charged and writing music is a way in which Aija expresses her feelings. After completing an MSc in Composition for Film and Media in the UK, it has now been a year since Aija returned back to her home country of Latvia and is currently residing and working in her native Riga.

The essence of “Abyss” is the nostalgia for one’s childhood – manifested in moments of fond memories, deeply immersive and at the same time blurred, and intertwined with a thread of sadness over a time gone by; just another reminder of the transient nature of our lives. “Children are a significant part of my life, and this inevitably influences my music” , Aija comments on her creative process. “When writing Abyss, I played around with chord progressions and sounds, and while listening to a fragment of the written piece I imagined waves and the plain vastness of the sea. A moment came to my mind when, in the beginning of the pandemic, I was staying at home with my kids a lot, and my five year old loved to make up fairytales, so I had a couple of them recorded on my phone. When thinking about the sea and the water, I decided to use a fragment of his story in my composition, turning the child’s voice into an additional instrument.” “Abyss” was mixed and mastered by Aija in her home studio.

Aija’s collaboration with the French director Paul Lavau started earlier this year when she was invited to write the soundtrack for his documentary “202”. In the video for “Abyss” Paul portrayed his own take on the memory and the feeling of nostalgia, crafting the film to the finalized music composition.

Listen to the “Abyss” here.

“Abyss” was created with the financial support of AKKA/LAA.