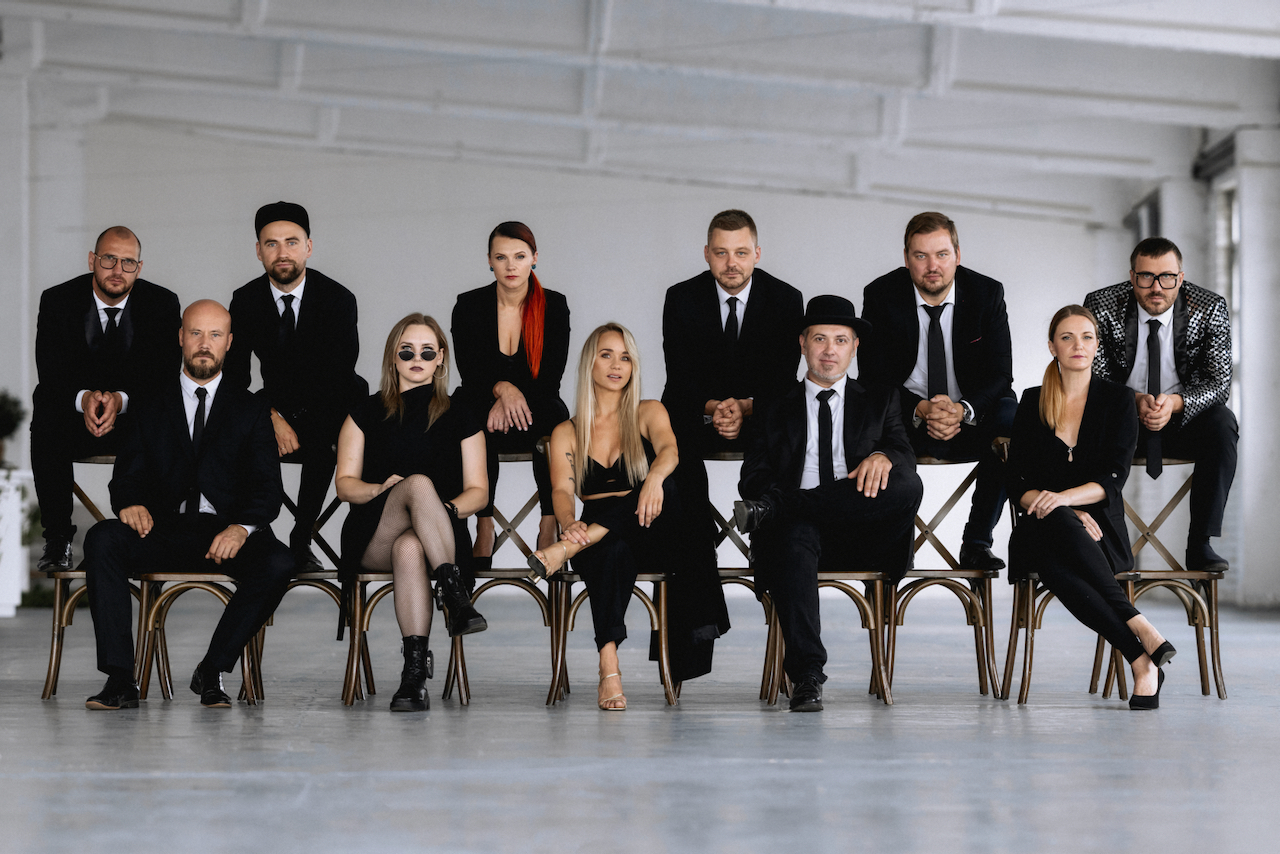 The best-known Latvian jazzfunk band Very Cool People released a live album Woodstock’s Renaissance dedicated to the heydays of Janis Joplin, Jimi Hendrix and The Doors. It was made together with Latvian pop singer Aija Andrejeva.

The concept of Woodstock’s Renaissance was born in 2020, when Very Cool People together with Aija Andrejeva performed at the international improvisation, jazz and global music festival Rīgas Ritmi. A concert program dedicated to Janis Joplin was presented there. It was later supplemented with songs by Jimi Hendrix and The Doors and became Woodstock’s Renaissance.

The new program was presented in April 2022 in the theater of Liepāja, a coastal town in Latvia. The recording of this album was also made there. The program has already been performed in many powerful concerts both in Latvia and abroad.

“Very Cool People are the real music hooligans with whom to realize a program like Woodstock’s Renaissance”, says singer Aija Andrejeva. “I feel like a fish in water with this band, because it is such a good hooliganism in combination with high professionalism, enormous work capacity and also unfathomable love for stage and studio work.”

Janis Joplin, Jimi Hendrix and Jim Morrison have made an indelible impact on 20th and 21st century music – rock, jazz, even contemporary music. Therefore, the new program is not only entertaining, but also educational. With its help, younger listeners are getting to know legendary compositions, but older ones – remembering youth and, yes, the sex revolution!

The band members Elvijs Grafcovs, Māris Jēkabsons and Andris Buiķis has created a contemporary and exciting arrangements of songs by Joplin, Hendrix and Morrison for their jazz-funk octet together with the singer Aija Andrejeva who also has a strong emotional connection with the performed songs.

“Janis Joplin was a prill, an absolute person of senses, wrong in everything she did, because she did it with her heart and against the system”, says Aija. “When I was a little girl, I started to listen to Janis and fell in love with her, her voice and her personality. Thanks to Janis, I realized how unimportant really external image is, because music and story speaks above all else.”

In the Woodstock’s Renaissance concert program, the group’s trombonist Laura Rozenberga also presents herself as another solo vocalist, while additional vocals were sung by Zane Biķe and Antra Krūmiņa. The album’s bonus track Mercedes Benz was recorded at a concert in the Latvian town of Sigulda, and Roberts Martini played the tenor saxophone in this track.

The new album was produced by Elvijs Grafcovs, mixed by Artūrs Sedriks Sinkevičs and mastered by Jānis Kalve from Labo Ierakstu Studio. It can be heard on major music streaming services and is also released in CD format, designed by Mārtiņš Legzdiņš.