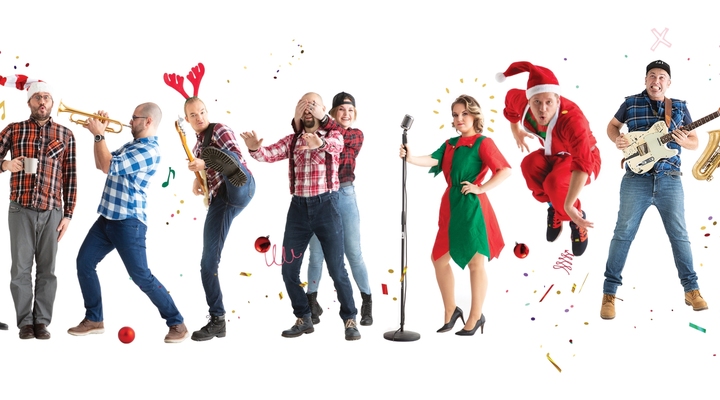 On the 1st of December Latvian singers Ralfs Eilands and Kristīne Prauliņa and jazz-funk band Very Cool People are releasing the joint holiday album Snowman’s Express. The album includes new original songs and self-arranged versions of well-known holiday tunes. The new album is creating a joyful party atmosphere in the best traditions of funk and soul.

The album consists of twelve songs including original pieces St. James and Call Me This Christmas, written by the participants of the Christmas project themselves. The first single of this album is Paul McCartney’s Wonderful Christmas Time, on the record you will also hear John Lennon’s Happy Xmas (War Is Over), Christmas traditional pieces like Silent Night, Jingle Bells and Auld Lang Syne, as well as Let It Snow! Let It Snow! Let It Snow!, Winter Wonderland, Merry Christmas Baby and even Sugar Flute Laughter Dance from Pyotr Tchaikovsky’s ballet Nutcracker, all passionately and skillfully arranged by one the best funkers from the Baltic States – Very Cool People.

“Very Cool People” is a jazz-funk band originated in Riga, Latvia. With a backbone in jazz, funk and soul, incorporating influences from surf, klezmer, rock and hip-hop, the band using contemporary tools is trying to put jazz & funk back to dancefloor and make it more accessible to ordinary, nowadays persons. In 2018 besides regular gigs in Latvia, the band has gone to a concert tour around South Korea in August and a concert tour in Hungary and Romania in November. The band is also nominated for the biggest European showcase “Eurosonic Noorderslag 2019”, which will take place on January 2019 in Groningen, The Netherlands.