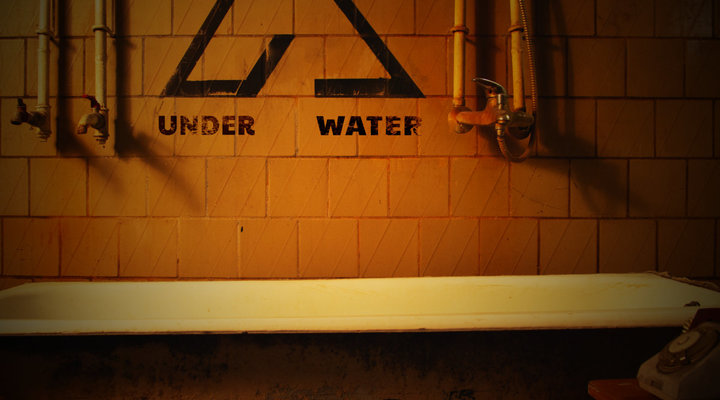 On March 26, 2021, rock band JAUDA released a music video from the second studio album with the same title “UNDER WATER”. It’s been more than a year, since we began to form relationships, beliefs, comprehensions and attitudes that contradicts our nature.

Double standards, money, control and propaganda are the tools by which politicians sit in their baths trying to wash off the dirt of responsibility. The water gets dirty and starts to draw in the mouth – disgusting taste, but there is no escape … and panic begins!

The show goes on and has reached its climax, digital fatigue and the public can no longer hold the pressure pumped by the media throughout the year.  We supervise everything, we control everything, the direction is clear, but the human essence, value, intentions, relationships, dreams and daily life remains behind.

We are patients of our government, imprisoned in restrictions and we see how we destroy ourselves and one other. What mind cannot comprehend, the body cannot accept. In the end – someone will fall.

This year, the rock band JAUDA has released several singles like “EYES”, “APART”, “LOVE AND SUNSHINE”, “DEEP INSIDE” and latest single “UNDER WATER”, that also introduces the release of the new album. There are 11 songs in the album that have been created within the last two years. The album includes songs that haven’t been released before, but the overall mood of the album leads through an electronically deep

rock wave that retains its energy and propulsion. The band members say that this album is very different from the first album and more reflects the direction in which the band sees itself in the future in terms of sound. Album is currently available digitally, but band members revealed that the album will also be available on vinyl.