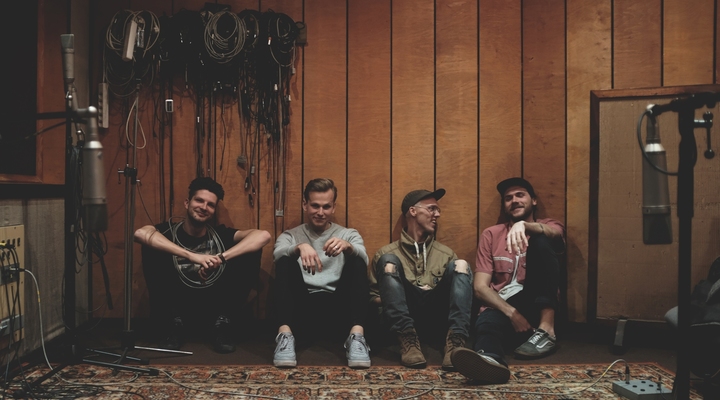 Pacific K offer their first full-length studio album “Light Between Oceans”, out on May 13, available digitally and on vinyl.

Listen to “Light Between Oceans”

The new album includes stories, experiences and emotions gathered over the last few years, combining them into deep, meditative, yet captivating songs with telluric energy. “These are stories of the raw power of mother nature, solitary moments of looking within oneself and the paths you share with your dearest and closest”, says the band’s leader and songwriter Kristaps Bedritis.

Pacific K recorded and worked on the album together with the sound engineer Talis Timrots at Mints Music Studio in Riga that has previously worked with artists such as Damien Rice, Ludovico Einaudi, as well as several Latvian bands, including Brainstorm, Satellites LV among others. The album features various other instruments, such as Arabic oud, hang drum, percussion among others. It also features a collaboration with the world renowned French jazz trumpeter Erik Truffaz in the song “Castaway”.

Playing together since 2016, the Latvian four-piece has previously released their debut EP “Blue Fall” in April 2017 which gained them praise from careful listeners, as well as some local industry people. Inspired by artists such as Fink, Ben Howard, Nick Cave, The Barr Brothers, Sigur Rós, they combine their inspirations with their own experience in world, folk, rock, blues, instrumental and jazz music. Pacific K have played major festivals in Latvia (Positivus, Laba Daba, Playground, Piens Fest), shows in the Baltics and a few appearances at the global live concert series Sofar Sounds. In 2017 they opened for one of their influences – the British band Fink.