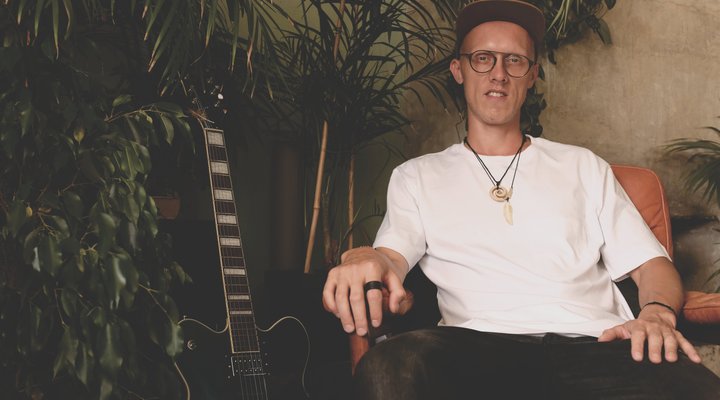 The new “Light Variations EP” is out on July 30, gathering 4 solo variations of the band’s songs.

Listen to “Light Variations EP” on all major streaming platforms

While the band is on a creative break for a while, 2021 has started with new ideas, perspectives and energy for Kristaps. While also working on brand new songs and a couple of collaborations, he has re-imagined some of the songs from the band’s LP “Light Between Oceans” (2020) into new solo versions that all come together on the new “Light Variations EP”. The EP combines minimalistic beats, vibey guitar sounds and the essentials – stories and melodies. One of the 4 songs featured on the EP is “White Wanderer” and it was the initial push towards the idea of an EP.

“Playing around with samples and minimalistic beats suddenly opened up a whole new world to me. I had never done that before. It was a chance for me to explore new sounds, strip the songs down to their bare minimum and then build them up again from a new perspective. I had a lot of fun in the process,” says Kristaps.

Each of the 4 songs from “Light Variations EP” will be accompanied by a simple, one-shot video filmed at Kristaps’ countryside house and its surroundings.

Playing together since 2016, the Latvian four-piece includes Rihards Libietis (guitar), Nauris Babris (drums), Toms Kursitis (bass) and Kristaps Bedritis (vocals, guitar, songwriting). Pacific K released their debut EP “Blue Fall” in 2017, followed by the full-length studio album “Light Between Oceans” in 2020, gaining praise from their listeners, as well as some industry professionals. The album was rich and colourful in sound, featuring some additional instruments (flute, piano, trumpet, Arabic oud, hang drum, percussions), as well as a couple of guest artists, including the world-renowned French jazz trumpeter Erik Truffaz on the song “Castaway”.

Pacific K have many live gigs under their belt, including major festivals in Latvia (Positivus, Laba Daba, Playground, Piens Fest), RIGaLIVE showcase, shows in the Baltics and a few appearances at the global live concert series Sofar Sounds. In 2017, they opened for one of their influences – the British band Fink. In 2019, they appeared at a local late-night show, played several concerts, including a couple of gigs with the British band Eyre Llew and had their music featured in the documentary short “Mind Your Step”, as well as a promo video for the brand “BEE IN”.