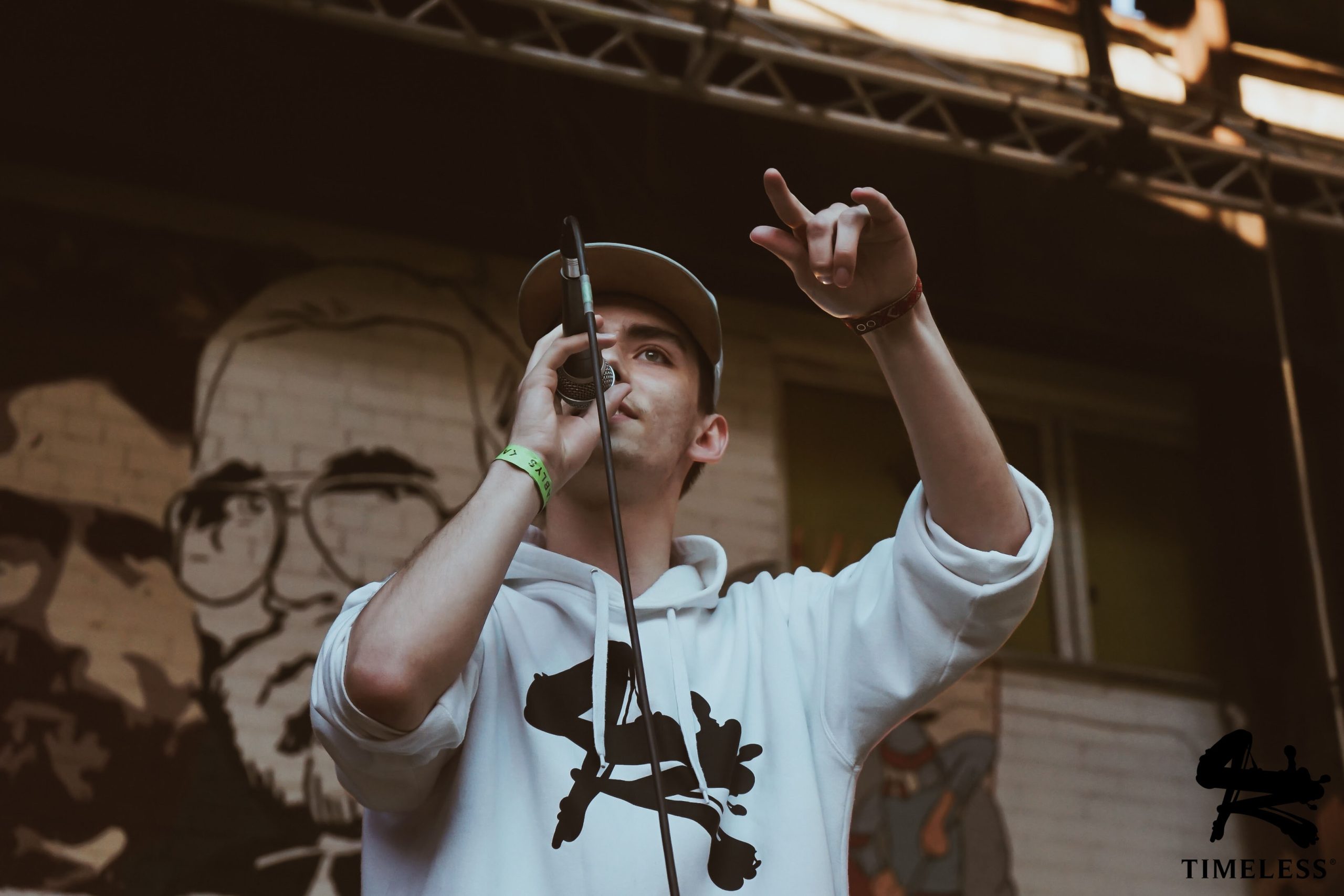 “This album is like a search for yourself in a world full of ideas – some with strong foundations, where others are just an illusion. In total, the album has four conceptual meanings. One and the most obvious meaning is a dedication to hip-hop music because it has changed my life irreversibly. Another meaning is the time given to man on this earth, which is placed against the choices he commits to, how he wants to spend it, thus showing his priorities and values ​​during the process. This is one big story that permeates the ideas I learned while studying philosophy when I was a student at the University of Latvia. Given that I am creating this album with the assumption that it is a work of art, I will leave the remaining two meanings of the album to the listener’s free interpretation. ” -E.V. comments on his new album.

An artistic touch is not only heard in the rapper’s sixteen-song album but can also be seen in the visual design of the album, created by the author Katrīna Megija Deičmane. In the middle of the design is a painting by rapper E.V.’s grandfather and prestigious artist, set designer, and book illustrator Pāvils Šēnhofs (1924-2011), whose activities are closely connected with the Latvian Puppet Theater (“Latvijas Leļļu teātris”).

Among the guest artists on the album are DJ Krii, DJ Vinvins, Little Green, Krisy, Ods, Ieva Andersone, Ernests Alļis, Oriole, PRGMAT, dotConcept and others. The sound engineering and recording were done in the studio by rapper roland če.

E.V. is a 22-year-old hip-hop artist from Ikšķile / Ogre, who writes and performs songs in both Latvian and English. He is a member of two Latvian hip-hop associations – “Left Bank” and “Freephone Project”, as well as the initiator of the movement “TimelessR.”, Which is essentially a creative team with various representatives. He started his career in music in 2016 but released his debut album “Imperfect World” in 2017 (recorded in the Dirty Deal Audio studio). Following this project, the next album to be released was “2018” (recorded by rolands če), which E.V. himself referred to more as a “collection of songs” than a single concept record. Rapper’s latest album “Smoke & Mirrors” (recorded by rolands če) was released on January 28, 2022.

E.V. has performed at a number of events, both as a soloist and with the aforementioned associations. Concerts have taken place both in smaller clubs and in the largest Latvian festivals, such as “Positivus”, “SummerSound”, “Baldones Waterfest”, etc.

Link to the artist’s album on Spotify.