Remixes of Justs’ Eurovision song “Heartbeat” created by Latvian, US, and UK producers. 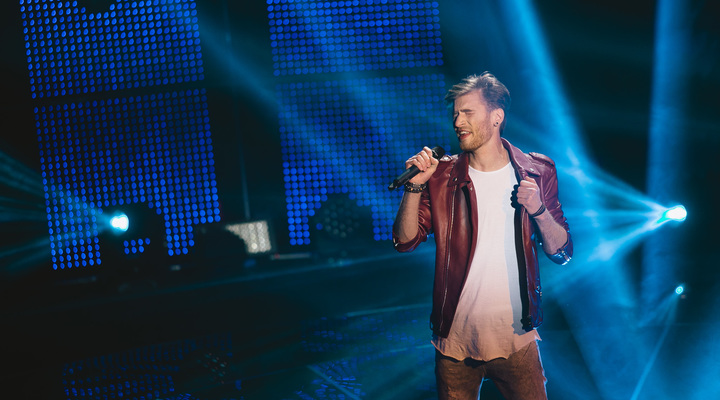 Very soon, on 12 May, the young and promising Latvian singer Justs will be the first to step on the stage in the second semi-final of the international Eurovision Song Contest in Stockholm. Justs will be singing the piece “Heartbeat” composed by the last year’s Latvian entry to the contest Aminata; he has already won the LTV competition “Supernova” with this song.

Aminata: “It was a strategic decision to make remixes in order to popularize the song among various audiences well ahead of the competition. Last year, “Love Injected” remixes emerged across the globe only a couple of days before the final, but this year we tried to do everything to make sure that they serve as an additional promotional support to Justs and the song in the contest.”

The company “Microphone Records” aka “MicRec” , in co-operation with the company “Aminata Music” representing the author of the song Aminata and the producer of the original version of the song Kaspars Ansons, has undertaken to aggregate the remix collection, promote the popularity of the song in dance music clubs and at radio stations the world over.

Guntars Račs (“MicRec”): “From experience I know how important it is to start promotional activities of a song in good time. With the help of remixes, we reach audiences, who get to know songs in clubs, as well as from radio stations and internet portals broadcasting dance music. Dance music is currently the predominant genre and reaches the greatest number of listeners. The first to show interest in the new versions of the song were Australian DJs.”

One of the remixes is the creation of the DJ and music producer well-known across the Baltic States Mareks Dainis, known with the stage name [Ex] da Bass. It was his remix of the breakthrough single of Aminata “Love Injected” that earned the highest recognition both nationally and internationally. The remix of the song “Heartbeat” by [Ex] da Bass is already being broadcast by radio stations in Estonia (Hit FM etc.) and Lithuania (RC). The authors wished that the increasingly popular DJ and producer Makree (Mārtiņš Makreckis) also makes a remix version of the song, and he has done exactly that by using elements characteristic to him.

The most unusual remix version has been created by the American producer Ricky Mears, who in his home country — the USA — is steadily gaining success and whose remix of the Bob Marley song “Three Little Birds” has been issued in the USA, and in SoundCloud it has been listened to for more than half a million times already. Ricky has created remixes also for such artists as Seven Lions, The Bloody Beetroots, $ign and Beyoncé. The British legendary DJ union 7th Heaven (Jon Dixon and Andy Wetson), who, since 2006, have been among the most in-demand remix artists of all times in the United Kingdom and who have created remixes for such artists as Katy Perry, OneRepublic, Sugababes, Jason Derulo, Enrique Iglesias, Lady Gaga, Kylie Minogue, Cascada, Shakira, also have created a simple remix version of “Heartbeat”, which has already become very popular among British club DJs. Their name is very well-known in the London’s DJ circles. A rather sunny version that has gained popularity among the deejays of several leading clubs in Latvia has been created by the Latvian producer DJ Dween. This version was eagerly received by several Dutch DJs, who often participate in special club events of the Eurovision Song Contest in the Netherlands, Germany, and Sweden.