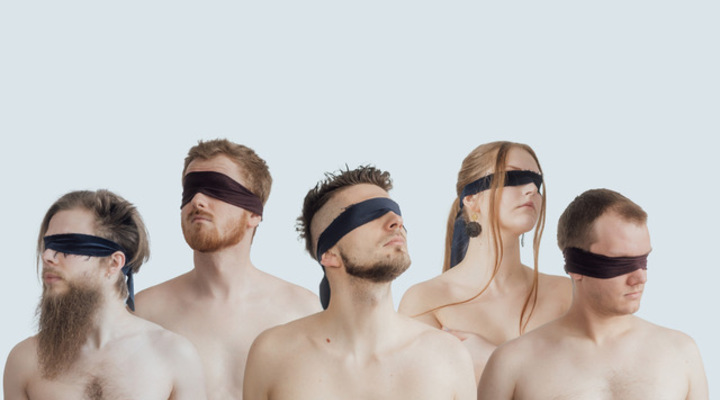 On the 24. March 20:00 after performing a livestream concert “Rihards Lībietis Orchestra” will begin a crowdfunding campaign for the upcoming album “Willful Blindness” that is set to release at the end of May. The campaign is being hosted by the crowdfunding site “Projektu banka”.

“This album has been in production for the majority of last year and was recorded in autumn of 2020. We have poured a lot of time, care and love into it. Coincidentally, the making of this album coincided with the epidemic and all of its consequences. Somehow this album has been constantly plagued by hardships and financial troubles. Musically, this album definitely has the most layers out of all the other albums which we have released so far. Contrasting themes and powerful soundscapes, this album is meant to touch on complicated themes. We believe that it is very important to finally finish this album so we can present it to our listeners and so we can move on.” Revealed the leader of the band and the author of the music Rihards Lībietis. “We decided to make the crowdfunding campaign on “Projektu banka” because it is a wonderful way to support good and creative ideas which need finances to achieve.”

The band’s cello player Erna Daugaviete also added: “It’s plain to see that in recent days many artists of different types deeply miss the opportunities to present their art to a wider audience.  Especially musicians and dancers. During the last year we all have experienced a huge spectrum of emotions, that it’s hard not to express it through our art. We long for listeners we could tell at least a fraction of the stories that comes from the language of our souls. Through music one can say many things. Music has the power to heal both the player and the listener. Obviously, a livestream concert doesn’t have the same energy exchange as a live concert but for now this is the only way we can contact our listeners with our music. It’s also a great opportunity for us to have a heart to heart with our listeners.”

The livestream concert will feature songs from the upcoming album “Willful Blindness” some of which will be performed for the first time. The concert will be broadcasted on Rihards Lībiets YouTube channel:

The crowdfunding project will be available to supporters on “Projektu banka” platform for one month – until 22nd of April. More information about the album’s release and ways to support it can be found here: https://projektubanka.lv/projects/albums-willful-blindness. It is informatively supported by “Valmiermuižas” beer brewery and Rocket Bean Cafe.

The name of the album “Willful Blindness” refers to the desire of individuals refusing to acknowledge alarming things happening to oneself and everywhere else on the planet. The themes of the album are about each person’s responsibility to oneself, accepting one’s light and dark side, which creates a desire to learn and experience new things, strive to be responsible and believe in oneself.

The two prior released singles from the album  “Night Follow Me” and “Driftwood Island” are available on all streaming platforms including Spotify.