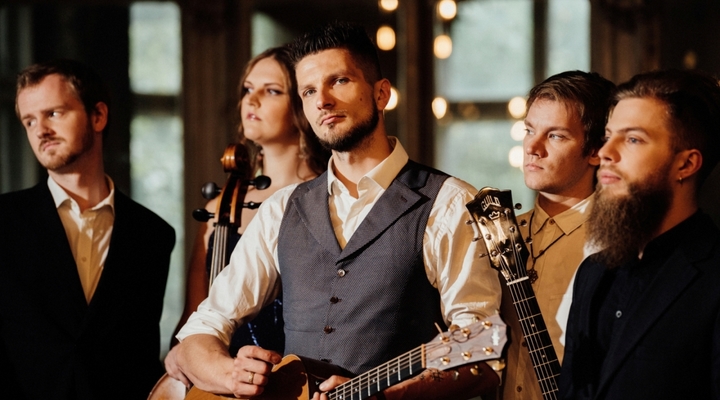 Rihards Lībietis Orchestra has just released the first single “Night Follow Me” from the upcoming studio album “Willful Blindness”. The composition was written by Rihards Libietis in collaboration with the rest of the band. The director of the music video is Marija Migliniece.

““Night Follow Me” was inspired by the feelings of uncertainty and unknown, during the strange self-isolation time this spring. All this definitely taught me to appreciate more the things we often take for granted – family, friends, nature, music. Hopefully, the listener will feel the calming sense of love and gratitude of this composition.” says Rihards Lībietis.

The upcoming album “Willful Blindness” is due in spring 2021, and it will be the fourth album of the band. Its main themes will be individual human responsibility in attaining the balance between one’s inner light and dark sides. It will feature Rihards Libietis Orchestra original compositions in instrumental world music genre, influenced by West-African music, Jazz, Blues and even Electronic music.

“Night Follow Me” was recorded in  “AMFO Music Studio” Riga, with the support of LaIPA. Recording and mix/master was done by Toms Lisments. Video was shot in the beautiful Abgunstes muiža, it’s director is Marija Migliniece, directors of script – Marija Migliniece, Stefānija Toma, DOP – Raitis Lapāns. Costumes for the men are from “Mans Drēbju Skapis” shop.

Single “Night Follow Me” is available on Spotify and other music streaming platforms.