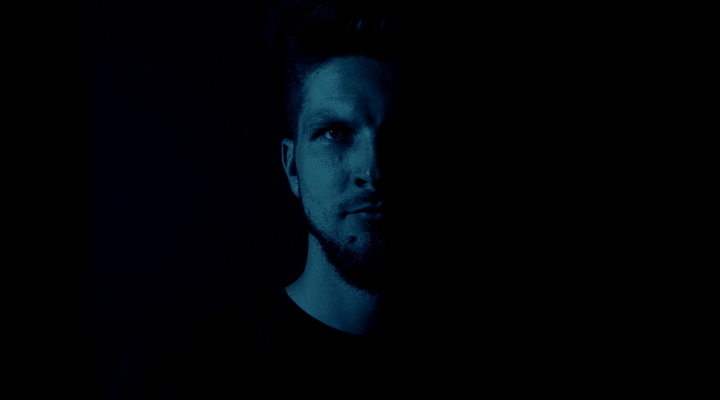 On Tuesday, October 26th, a new album “Lines and Miniatures” including 10 instrumental compositions by guitarist and music author Rihards Lībietis was released. A music video for the album’s second single “Fracture” was also released, created in collaboration with “Colortime” video artist Arvis Belovs.

“Music in the album is vast, spacious, stylistically united, but with some quite explosive moments. It is a true account of last year’s events and feelings, especially loneliness, uncertainty of future, and melancholy. At the same time we tried to infuse this musical adventure with subtle hints of empowering inspiration and joy of life that can be felt throughout the album,” says Rihards Lībietis.

In the beginning the idea behind the project was to create a guitar solo-album – by using various playing techniques, looping etc, while strictly keeping the focus on one instrument – but as the writing process started, music evolved and it was clear that more sound layers and more instruments should be added. That’s when Toms Kagainis (drums, percussion) joined in, working together on many compositions.

“This definitely is one of the more exciting life experiences I’ve had. Freedom, musical experimentation and possibility to say something in a clean, undiluted and truthful musical language without limits. Owing to the diversity of the compositions, every recording process was unique and challenging. When we ran out of ideas for traditional instrumentation, we recorded even tea bags, knifes, plates and other random objects found in the studio” says Toms Kagainis.

The name “Lines and Miniatures” was inspired by the concept of different lines in life – some lines are more obvious, such as roads, electricity wires, sheet music, while some are more abstract like a person’s life road that only reveals itself slowly and gradually. Each composition in itself can be considered a miniature – a short work of art with a story that can be enjoyed and understood in a few minutes. The same concept can be seen in the names of album compositions – “Transcending Parallels”, “Junction”, “Heart Line”, “Miniature on whispers” and others.

Album was recorded in “No Fuss Audio” in Tukums and “AMFO Music” studio in Riga. Its sound, mixing and mastering engineer is Valērijs Černejs, who describes the album as a bright collage of feelings that brings on a journey of deep contemplation every time. “Each composition has a unique emotional color and we put in a lot of producing work to reveal these colors as best as we possibly could.”

Together with the new album a music video for its second single “Fracture” has also been released. Single deals with themes of escaping society, of escaping routine. About how sometimes a fresh look from outside can help to appreciate something in a different light, and many of the perceived problems seem much smaller. Rihards Lībietis and Toms Kagainis participate in this recording.

Video was filmed in the studio of creative community “Colortime”, in collaboration with its video artist Arvis Belovs, who reveals that the filming process was a kind of an initiation for the studio, because it was the first time it was filled with the sound of loud drums and guitars. Projections have a main role in the video – they are a means of expression symbolising free field for thought and to better illustrate the main concept of lines in the album. Lighting in the video was done by Rihards Romušs.

“Lines and Miniatures” is the second original music album by Rihards Libietis, a thematic successor to the musician’s very first album “RL Elektronix” released in 2015. Creative process for the new album was also inspired by music of Thomas Newman, Olafur Arnalds and Tony Anderson. The design of the album is based on photos of Arvīds Baranovs (“Eaglewood Pictures”), that were also a source of inspiration for the music and concept of the new album. Design was created by Šarlote Vojevodska. Album was made with the support of AKKA/LAA Author Scholarship.

Rihards Libietis is a musician and music author, regularly performing with various LV musicians and bands, mainly in “Rihards Libietis Orchestra”. Rihards also composes and performs music for theatre plays and contemporary dance performances, such as “Upe” (2020) in Liepājas Theatre, “Bannija Manro Nāve” (2017) and “Izraidītie” (2014) in Dailes Theatre and others.