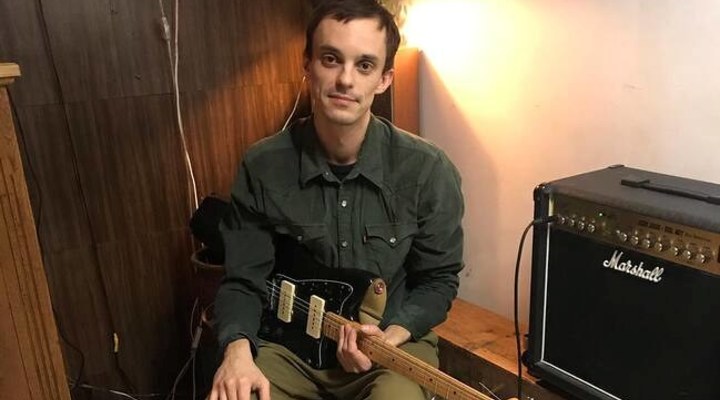 The international music and city festival Tallinn Music Week (TMW), scheduled to take place from 29 September to 3 October, has revealed the music programme line-up. The festival will showcase 155 artists from 19 countries, of them 100 from Estonia. A Place To Bury Strangers and DVS1 from the US, the Icelandic band Hatari featuring Palestinian artist Bashir Murad, and the Finnish accordionist Antti Paalanen are among the international names appearing at this year’s event.

The opening night of the festival will feature two premieres: a new work by Estonian composer Liisa Hõbepappel, and an international collaboration “Themes For Great Cities: Tallinn” TMW’s new programme partners are the Latvian festival Skaņu Mežs, the Lithuanian festival What’s Next In Music?,  Blow Up from Finland and Estonia’s own Võnge, as well as the Association of Global Independent Music Agents (AGIMA).Single tickets for the showcase nights are now on sale at Piletilevi. Until 30 June, festival passes are on sale for a special price at Piletilevi and the TMW web shop.TMW 2021 is presented by Telia. The music programme of the festival is organised in cooperation with Damn.Loud Agency.

From Thursday, 30 September to Saturday, 2 October, the TMW music programme will bring together musicians from 19 countries, from Estonia to Palestine and from Russia to the United States. 155 artists, including 96 great acts from Estonia, will perform across 26 showcase nights from the modern Telliskivi Creative City and Port Noblessner to the picturesque Old Town.

The TMW 2021 Opening Night at the House of the Brotherhood of Blackheads on 30 September will see the world premieres of two musical compositions. Young Estonian composer Liisa Hõbepappel will perform her new piece, written specially for the festival, with the group Trio ‘95. The night will also premiere a collaboration project “Themes For Great Cities: Tallinn” of Estonian musicians Jonas Kaarnamets and Erki Pärnoja, Danish artist Jonas Bjerre (Mew) and American musicologist Alex Maiolo. The novel concept involves ambient and industrial sounds to produce a piece that has its very foundation in the city where it’s being presented.

There will be more new sounds and presenters to explore in the 14th century House of the Blackheads where The Chamber Choir Encore and Duo Telluur will perform new works by Estonian composers Karl Tipp, Pärt Uusberg and Karin Kuulpak. The same venue will also be the meeting place of the Estonian multidisciplinary Üle Heli festival and TMW debutante Skaņu Mežs, Latvia’s most adventurous music and art festival. Together they will present a line-up that includes the Italian experimentalists L’impero della Luce, the acclaimed Estonian future pop artist Mart Avi and the Latvian sound synthesists +K+M+B.   Station Narva night at the Tallinn Creative Hub will feature well-known international names like  the celebrated US noiseniks A Place To Bury Strangers  and the Icelandic techno-punks Hatari, featuring the Palestinian musician and civil rights activist  Bashar Murad.  The Lithuanian talent festival and conference What’s Next In Music? is another new Baltic partner that will showcase the likes of Latvian experimentalist Evija Vebere along the the Lithuanian indie darlings Garbanotas and the Estonian electronica wizard Centre El Muusa at the fine-art photography centre Fotografiska Tallinn. The Finnish festival Blow Up will also make their first-ever appearance at TMW in the beloved alternative hangout Sveta Bar, introducing both their own cult names PH and Kaukolampi, as well as Deathsomnia – a brand new collective of the Estonian Kadri Sammel (Bedless Bones) and the British Richard Powley (Telepathy) and Bruno Russo.

At the new D3 venue right next to the Baltic Station Market, Estonian label Funk Embassy will present their homegrown funk and soul talent Rita Ray as well as the Italian-British-Moroccan trio Savana Funk. The TIKS rekords label night at D3 will feature local neo soul and R’n’B acts such as YASMYN and Maris Pihlap, and the Warner Music/Smuuv Records night will present their roster of  talented Estonians from the rapper Gameboy Tetris to the multi-instrumentalist Raul Ojamaa.

Presented by the Estonian Jazz Union and Jazzkaar festival, the jazz line-up at Fotografiska includes the vocal virtuosos Estonian Voices and the conceptual supergroup The Free Musketeers from Estonia. The future folk unit OOPUS hosts the folktronica night, presenting both the Russian ethno-futurists Oligarkh and the Sami musician Ánnámáret.

The variations of folk and ethno from the Finnish madman-accordinist Antti Paalanen to the  Estonian bluegrass-tinged folk stylists Curly Stings, will also form the core of the night curated by AGIMA, the Association of Global Independent Music Agents at the Club of Different Rooms’ (ETK). Estonia’s Intsikurmu Festival will bring a wide variety of acts from  the Romanian YouTube sensation Lucia to the Estonian indie act Taavi-Peeter Liiv to ETK. Local Võnge Festival will present the selection of acts from the Swedish pop diamond Bluephox to the Estonian new school rapper KiROT at F-hoone where the  Russian Sounds showcase will present hypno-rock band Lucidvox who kickstarted their international career at TMW 2018 as well as Gromyka, the deconstructors of Soviet Estrada.

The Kivi Paber Käärid locale will feature the dark pop duo SYLK from Ireland and the Estonian  rock‘n’roll kings Dead Furies. KinoMaja will offer Estonian vintage rock sounds by the likes of  Dramamama, and a pop night with hot young homegrown talents from the rapper-singer manna to the electronic pop duo Púr Múdd.

The Von Krahl metal stage showcases the premier Estonian alternative metal groups like Kannabinõid and the Finnish post-metallers Besra. GROM Festival line-up at the Tallinn’s oldest alternative culture institution Von Krahl will include the Estonian dream country luminaries Holy Motors whilst the Void Valley night at Sveta Bar will present the Danish ROXY JULES along the Estonian-Australian psychedelic combo dreamkrusher!. Sveta Bar’s BÄM Night will present the sounds of the queer rave and the legends of the local underground nightlife like Florian Wahl and Köster. The Estonian Heaven’s Trumpet label will showcase the unique cross-genre electronica

selection from Eesti Elektroonilise Seltsi Ansambel to the audiovisual duo Vera Vice. Bass and smoke-laden beats will fill the Smoke Break night at Kauplus Aasia by the likes of the event’s main mover & shaker Modern Disease and the Norwegian DJ-producer Charlotte Bendiks. At Noblessner’s techno club HALL, which will also serve as one of the hosts of the TMW music industry conference,  relentless ravers will be greeted by the club’s residents such as Artur Lääts and Kaspar Kivilo and one of techno’s most prominent global voices DVS1 from Minneapolis, US.

As a partner festival of the global initiative Keychange, TMW aims at gender-balanced representation throughout the festival’s line-up as well as in tackling the structural inequality in the music industry.  Keychange talent in the TMW 2021 lineup is represented by L’impero della Luce from Italy, Charlotte Bendiks from Norway and SYLK from Ireland.The full lineup of the TMW music festival as well as the free city stage programme will be revealed during the upcoming summer. The other festival elements are a music industry conference at Nordic Hotel Forum and HALL, public talks, an art programme, music workshops for children and special events in the district of Lasnamäe.  Single tickets for TMW 2021 showcase nights are now on sale at Piletilevi.

The TMW 2021 festival passes which grant access to all showcase nights of the festival, are on sale until June 30 at a discounted price of 55 euros (from 1 July 59 euros, from 1 September 65 euros) both at Piletilevi and at shop.tmw.ee.

Telia Estonia customers receive 20% off the regular price of TMW passes and tickets purchased ahead of the events.

TMW 2021 is organised by Shiftworks with various partners and co-organisers. The music programme is organised in collaboration with Damn.Loud AgencyThe festival is presented by Telia Estonia.

The festival’s strategic partner in the field of music is Music Estonia, the main supporters are Nordic Hotel Forum and Visit Estonia. The partners of the festival are Telliskivi Creative City and Viru Center, media partners are Postimees Grupp and Raadio 2.

The festival is supported by the Ministry of Culture, the city of Tallinn, the Tallinn City Enterprise Department and the Cultural Endowment.

TMW’s international activities introducing Tallinn and Estonia as an attractive tourism destination of music and culture are supported by The European Regional Development Fund.