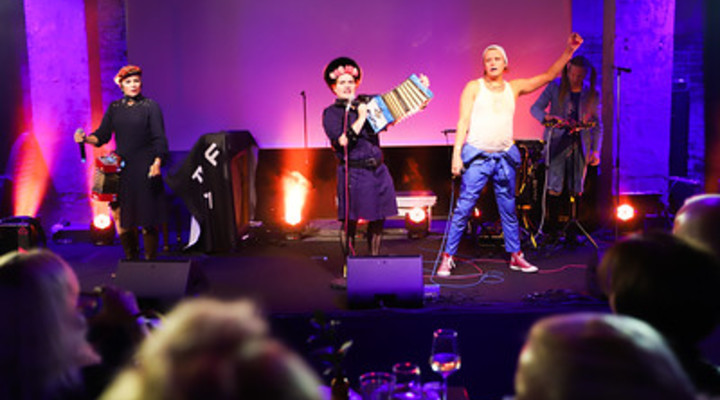 Initially planned for June, the international music and city festival Tallinn Music Week (TMW) will take place in autumn. The new dates for the festival are 29 September – 3 October. An additional application round is open from today until the end of April for those artists, who would like a chance to perform at the rescheduled event.

In cooperation with TMW and the Estonian industry development organisations, the Estonian Music Market Focus Day will take place on 11 June in Von Krahl Theatre.

“One of the most important objectives of TMW is to support the Estonian music and cultural sector in developing international relations,” says Head of Festival Pärtel Soosalu. “We decided to move the festival from June to early autumn, when we can expect the travel restrictions to be eased. This will also mean that more music industry professionals and exciting artists from all over Europe will be able to participate.”

In light of the new dates, TMW is also opening an additional application round from today until 30 April for those artists, who would like to play on the new dates of the festival. All applications that have already been submitted are still in force. Up to 150 artists will be selected to the line-up that will be announced in stages from May. Additional information and applications: tmw.ee/artist-applications.

Taking place from 29 September to 3 October, the TMW festival consists of three programme elements: a multi-genre music festival in various venues across the city, a music industry conference in hybrid format, and a city festival of daytime activities and cityscape explorations. The festival programme will be announced in stages starting in May. In cooperation with the music industry development organisations, the Estonian Music Market Focus Day will take place at Von Krahl Theatre on 11 June. The day will focus on the restoration and rebirth of the Estonian music and culture sector, as well as the related industries. The programme for the event will be announced in April. TMW 2021 passes and the Estonian Music Market Focus Day Pass are on sale at shop.tmw.ee. The Festival Pass at 55 euros and the PRO Pass (on-site and online access) at 150 euros are available along with DigiPRO Pass (online conference access) at 50 euros and Supporter Pass at 225 euros, which allows supporting the festival organisation and getting an inside look. Telia clients receive 20% off the price of passes purchased ahead of the event.

All passes purchased for the June dates are good for the new TMW dates. Ahead of the festival, the DigiPRO Pass can be exchanged for a PRO Pass, which allows for both onsite and online participation, by paying the price difference.

The organisers ask all those, who would like to exchange an already purchased pass for a TMW 2022 pass or return their passes, to send their requests until 30 April to ticket@tmw.ee.

TMW festival is founded and run by Shiftworks. The music programme is carried out in cooperation with the Damn.Loud Agency and many other national and international programme partners.TMW 2021 is presented by Telia Estonia. The festival’s strategic partner is the music industry development centre and export office Music Estonia, the main supporter is Nordic Hotel Forum. The festival’s partners are Telliskivi Creative City and Viru Center. The festival is supported by the Ministry of Culture and the city of Tallinn.

TMW 2021 will be organised in line with the rules in place for public events at the time of the event, in order to prevent the spread of the coronavirus.