Tribes of the City to release new album on August 28 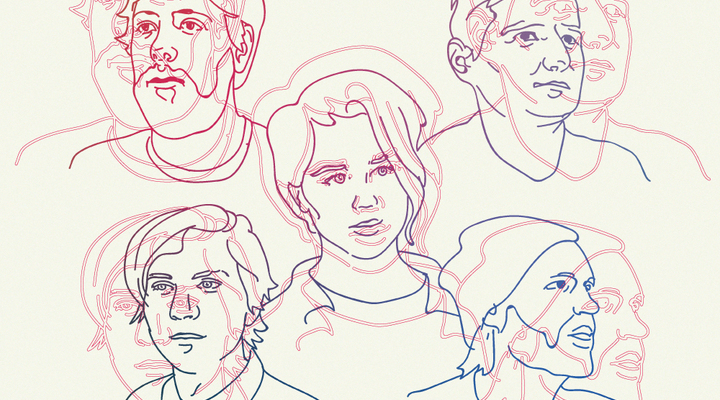 The Latvian shoegaze/dreampop collective returns with “Rust and Gold”, their first record in a decade. It will be presented on August 28 at the K. K. fon Stricka Villa in Riga.

After the show they released an announcement about the current state of the band, sharing that the singer Ksenija Sundejeva will not be able to participate in live concerts this year due to current health issues.

“We have been in the process of recording the new album and rehearsing for more than two years. As it became clear that Ksenija will not be able to take part in the shows, we had to make a choice – to postpone both, the shows and the new release for indefinite time, – or to let the new tunes play. We chose the latter, especially because that’s what Ksenija wanted. Despite not being present physically, enabled by modern technologies Ksenija remains the voice of Tribes of the City both – on record and live.” – says the band’s statement.

At the presentation show the band will play the songs from their latest release “Rust and Gold”, accompanied by concert visuals created by Ksenija (who is also a visual artist) for this occasion.

Speaking about the new record the band’s musical leader and guitarist Sergei Jaramishian shares what his goals and vision were: “I was attempting to create such a broad interweaving of guitars that could hypnotise and mesmerise. To make the record sound like it comes from the 80s or 90s when albums were commonly listened to in their entirety.”

Ksenija says that the record feels very personal to her, as the song lyrics reflect her own experiences.

The album was recorded with Aleksandr Solovjov at ZStudios, Riga, produced by Adam Cooper of Allison’s Halo at Jetpack Studios and mastered by Brian Wenckebach of Electric Blue Studios, Brooklyn, NY.

Tribes of the City was founded in 2003 and have released three albums: “Running to the Sun” (2004), “For the Sleepy People” (2006) and “Recipe of the Golden Dream” (2009). They have been awarded with multiple Latvian Music Awards and nominated for the MTV European Music Awards and the Best Baltic Act.