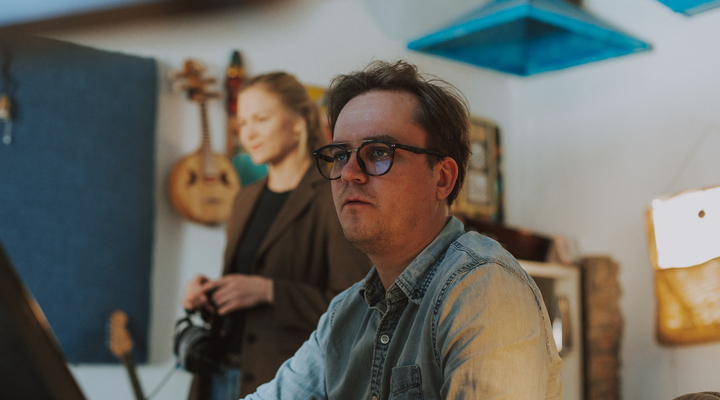 Kattie comments on her experience at “RIGaLIVE: “What happened to me at Riga live exceeded all my expectations!  I participated for the first time.  And now I know for sure that I want more!  I have not seen so many professionals in one place yet!  Very pleased with the result, pleased with the workflow, pleased with new acquaintances!”

On the first day of “RIGaLIVE” there was an open discussion about “Music usage habits in Latvia”, based on the research carried out by “Latvian Performers and Producers Association” (“LaIPA”) and “Kantar TNS”. Liena Grīna, executive director of LaIPA, journalist Jānis Žilde, radio dj Artis Dvarionas, musicians Samanta Tīna and ansis, as well as Līva Pētersone-Kļaviņa, manager of the band Instrumenti, participated in the discussion. Following this discussion, the participants of RIGaLIVE had the opportunity to take part in a songwriting workshop led by Meldra Gūža, a lecturer at the British and Irish Modern Music Institute in Birmingham.

The songwriting camp “RIGaLIVE” takes place with the support of the Ministry of Culture of the Republic of Latvia, AKKA/LAA, LaIPA, Latvijas Balzams and RedBull.