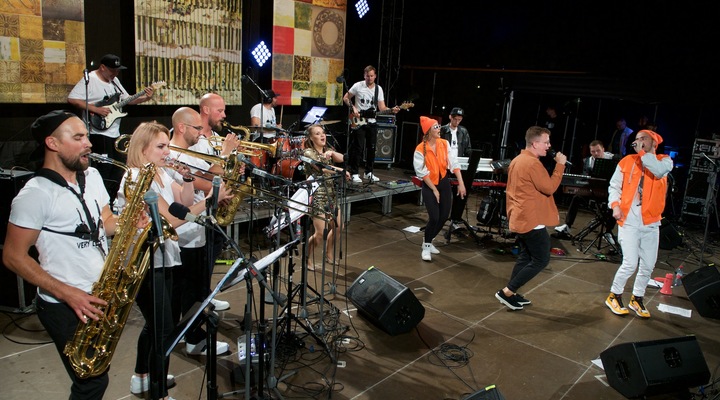 “As we are the two last nations from the Baltic Language group we should start to understand each other better & I believe it can be best achieved through music. In this concert you will hear Latvian, Lithuanian, English & most likely some Spanish coming from the stage & the most important unification tool – music! Currently, hip hop in national languages is on its way to conquer Europe. Good examples include the Ukrainian hip hop queen Alyona Alyon and the all-female Icelandic band Reykjavíkurdætur.”, says Elvijs about the upcoming concert.

With a solid backbone in jazz, funk and soul, incorporating influences from surf, klezmer, rock and hip-hop, Very Cool People have been putting jazz & funk back on the dancefloor since 2007. Hailing from Riga, Latvia, the band has lit up clubs and festivals from Estonia to Romania, from Spain to South Korea. Always open to new experiments, Very Cool People have collaborated with plenty of guest artists from a bunch of countries. Even if they are a live band more than anything else, they have six studio albums behind their belt, well-received critically and nominated for awards as well.

The band will present the album in Riga on the 28th of March with a grand concert in Riga’s new hottest concert hall “Hanzas Perons”. A special guest from Lithuania – MC Jama – will join VCP in Riga, so the Latvian audience will get a chance to hear hip-hop in Lithuanian as well. A performance by the scratch master DJ Aspirins will be VCP’s opening act in Riga.