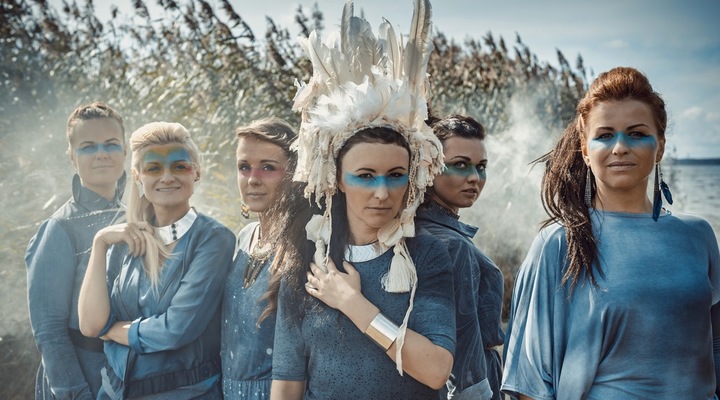 Vocal group “Latvian Voices” have returned from a series of successful concerts in Taiwan and now are announcing an additional concert November 21st at 3:00 PM in the house of music “Daile” in Riga with their new concert program “Beyond Borders”.

“We are still in elation after visiting Taiwan and meeting the wonderful people there. A beautiful country! Although at one point it seemed that the concerts might be cancelled due to the threat of an upcoming typhoon. But a day before the first concert the typhoon calmed down and we were able to do the concerts. It was a great experience and a success and we hope to return to Taiwan as soon as possible,” reveals one of the singers of the group Elīna Šmukste.

After the return to Riga girls are already actively involved in preparation for upcoming concerts in Latvia. Concert program “Beyond Borders” has already visited Rēzekne, Daugavpils and Ādaži. In November Latvian Voices will delight the audiences in Valmiera and Riga – November 13th at 7:00 PM in Valmiera Culture Center and November 21st at 3:00 and 7:00 PM in house of music “Daile” in Riga.

“I love Valmiera! There is a wonderful audience there, we know! Last year we experienced that with our concert program “Rūtoj…” and it is always a pleasure to return to a place where you had good times and memories. Also with impatience we await the concerts in Riga and we are twice as excited because of the great interest from the audience. It is so great that we can have a double celebration for the audience and ourselves,” tells the singer Laura Jēkabsone.

Concert program “Beyond Borders” is formed by original compositions of the group members in fresh and vibrant colors. Besides the new and original compositions there will be also examples of the pop music classics – The Beatles “Strawberry Fields” and Alanis Morissette “Thank U”. In the Riga concerts audience will also witness some world premieres. Program has been made in collaboration with composer and percussion virtuoso Rihards Zaļupe:

“Right now I am at the epicenter of events. We are getting ready for the concerts and also working on the new album, so that the audience can not only take with them the feeling of the concert but also the music. This album will definitely be a surprise to the audience of Latvian Voices. We have added body percussion, accented the beat-box elements, girls are acquiring drumming skills. Also I have to mention that some of the special effects audible in the concerts and on the album are made from girls body percussion elements. I have to confess that Laura Jēkabsone is my latest revelation in music – the songs are tuneful and catchy!”

Meanwhile “Latvian Voices” will also take part in Riga a cappella festival on November 14th, where the audience will be able to hear parts from both programs “Rūtoj…” and “Beyond Borders”.