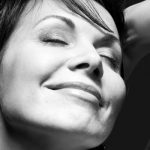 Jolanta G.Pashkevich is a vocal coach in many TV shows, leader in performing and educational projects, she works on various workshops for young musicians and is an acclaimed singer herself. Also Jolanta G.Pashkevich is a co-founder and vocal teacher of a private jazz school as she has gained serious experience as a performer in many projects in wide range of genres in Baltic States, Europa, USA and Russia. Jolanta has cooperated with several jazz and academic musicians and composers as well as she has performed with big bands and orchestras. Jolanta’s touring history is impressive, in the last 15 years she has been on the stages in USA (New York Carnegie Hall, Madison Square Garden and Concert Halls in Chicago, San Francisco, Los Angeles, Boston), Canada (Toronto), Israel (Jerusalem,Tel Aviv, Haifa), Moscow, Kiev, Minsk (where Jolanta performed with Latvian pop star Laima Vaikule as her back vocal) and other countries. Jolanta’s latest project is called CHOVE CHUVA and it has a multicultural concept that includes world, Latin and today’s jazz musical influences, streams and spiritual vibrations.