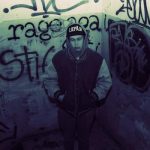 Niklāvz or Niklāvs Sekačs (born in 1993) is a beat maker/ producer who lives and works in Liepaja. He has worked with many local and international musicians and is one of the most internationally acclaimed members of Dirty Deal Audio collective. Two years in a row Niklāvz won the international “Beat Fights” at Ritmo Kovos Festival (Lithuania), as a part of Satta Outside Festival. He has released several solo records and in the last years played in events like Tallinn Music Week, Vilnius Music Week and Primavera Sound (Barcelona). Niklāvz has also performed as the opening act for American beat maker and producer with the quickest fingers AraabMuzik in his shows in Latvia and Lithuania. Recently Niklāvz released his latest EP “Hidden Level” with the Internet label from Moscow “how 2 make”.